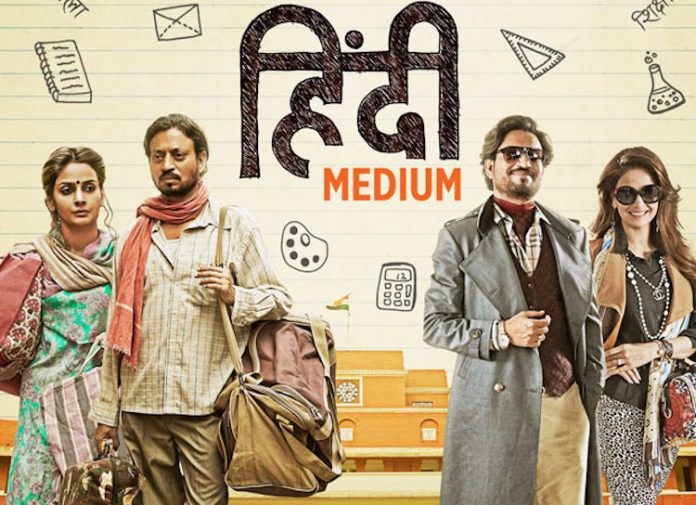 A relatable, family-oriented story starring Irrfan Khan and Saba Qamar has become the hero of the weekend box office. Hindi Medium grossed over 12.5 crores in revenue in just three days since its release. On the other hand, Half Girlfriend, the big screen take on Chetan Bhagat’s book starring Arjun Kapoor and Shraddha Kapoor has managed to collect just over 32 crores. The growth in collections for Hindi Medium slowly rose since its Friday release, collecting five and a half crores on Sunday alone. The film has released domestically in 1126 screens nationwide.

The story of Hindi Medium is one that a number of Indian parents can relate to. Irrfan Khan and Saba Qamar play a high-class family in Delhi who are parents to a daughter. They try to get their little one admission in a top English medium school. However, both parents are not fluent in the language, so find it extremely difficult to get their daughter in, at least through the usual route. They end up trying a number of tactics, including posing as lower income folk and force their daughter’s admission process through the Right to Eduction Act. Irrfan Khan’s sidekick is played by Deepak Dobriyal, who is a genuine poverty stricken man. Hindi Medium was created on a budget of just 22 crores and already made 7 crores in advance ticket sales.

Irrfan Khan and Deepak Dobriyal are back together on the big screen after more than a decade. Their previous film as co-stars was for the Macbeth recreation, Maqbool. Pakistani actor Saba Qamar makes her Bollywood debut in a film that’s set to continue making bank at the box office.