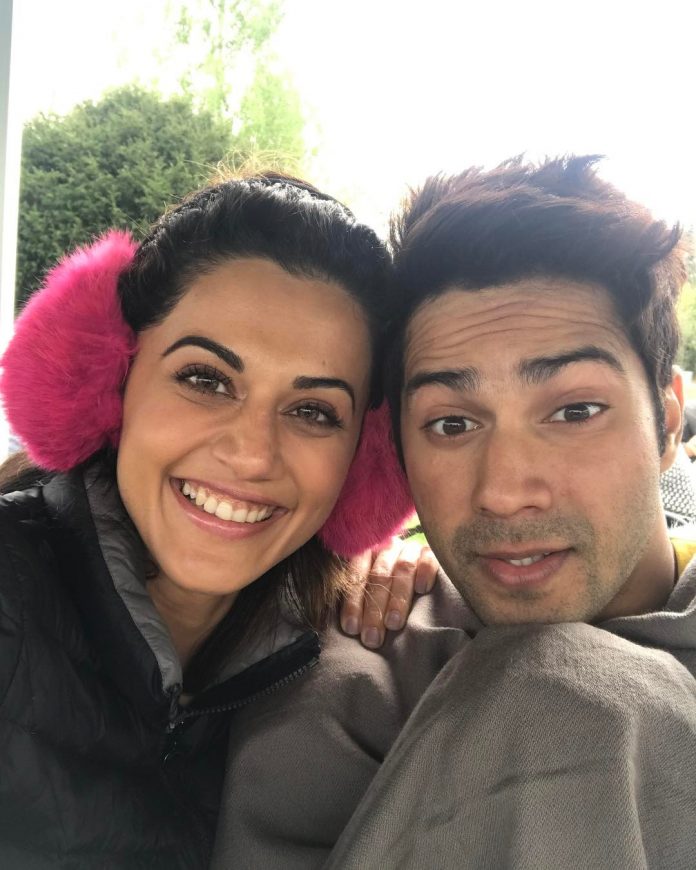 The actors of Judwaa 2 had a blast shooting in London over the past few weeks. If you keep up with their social media accounts, you would have enjoyed the regular updates by co-stars Varun Dhawan and Jacqueline Fernandez. The shooting schedule for the movie is well on time, and the actors have just finished their time in the English capital, for the moment. Taapsee Pannu, also had a lot of fun on sets, and says that she had quite the experience with her co-stars.

The Pink actress said of shooting for Judwaa 2 in London, “It was a long schedule in London city where the weather becomes bizarre in no time. We saw rain, hail, sun all in one day. The good part is that we have finished more than half of the film. Will be back now to shoot for the remaining in June and July.”

Taapsee Pannu will continue shooting her remaining scenes for the flick back in Mumbai along with co-star Jacqueline Fernandez. Shooting for Judwaa 2 had started in April this year, and will continue for the next couple of months. This is the second time that the Naam Shabana star is working with David Dhawan. She had made her debut in the industry with the film Chashme Baddoor with the famed director. She said of working with him once again, “Working with David sir again is an absolute delight. Doing the sequel to one of the most memorable films from the 1990s is something extremely exciting for me. Looking forward to working with Varun on this one.”

Veteran star Anupam Kher will also be joining Judwaa 2. The talented actor was part of the original film that starred Salman Khan in the lead double roles as a pair of twins. The original film also starred Karisma Kapoor and Shakti Kapoor, among others.