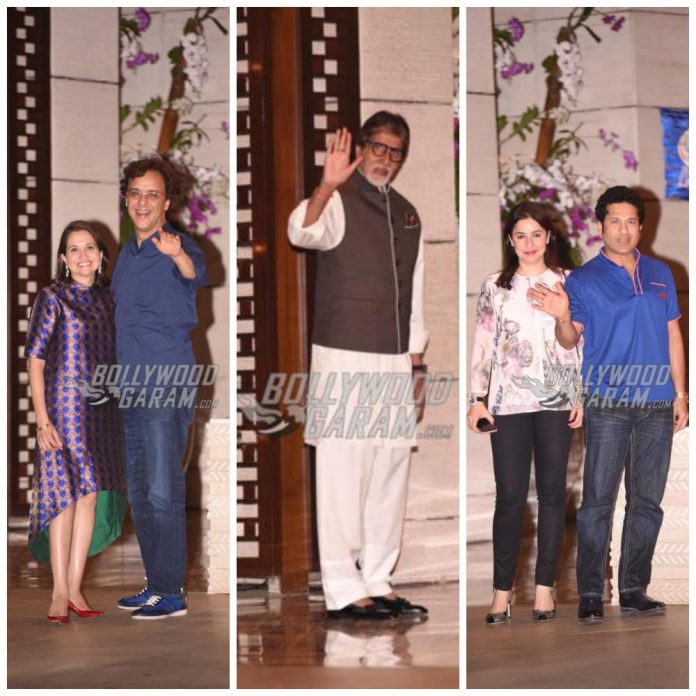 Team Mumbai Indians claimed the grand victory at the tenth season of the Indian Premiere League (IPL) after defeating Rising Pune Supergiants. A grand bash was thrown by the owners Nita Ambani and Mukesh Ambani at their residence to celebrate the win in Mumbai on May 22, 2017.

The celebration saw Nita and Mukesh pose for the cameras. The owners looked happy and looked all excited as they arrived for the bash. The team Mumbai Indians had a grand welcome at the party, with folk dancers performing for them at the entrance. The party saw the attendance of Amitabh Bachchan, Anjali and Sachin Tendulkar, Shaina NC, Armaan Jain, Anant Ambani, Vidhu Vinod Chopra with wife Anupama Chopra, Anu Malik with his wife and others. Nita Ambani appeared in an off white salwar suit with gold embellishments, while her industrialist husband Mukesh Ambani was seen in a formal suit.

The Mumbai Indians won the match with one run against Rising Pune Supergiants at the Rajiv Gandhi International Stadium in Hyderabad on May 21, 2017. This is the third time the team has won the title in the tournament.