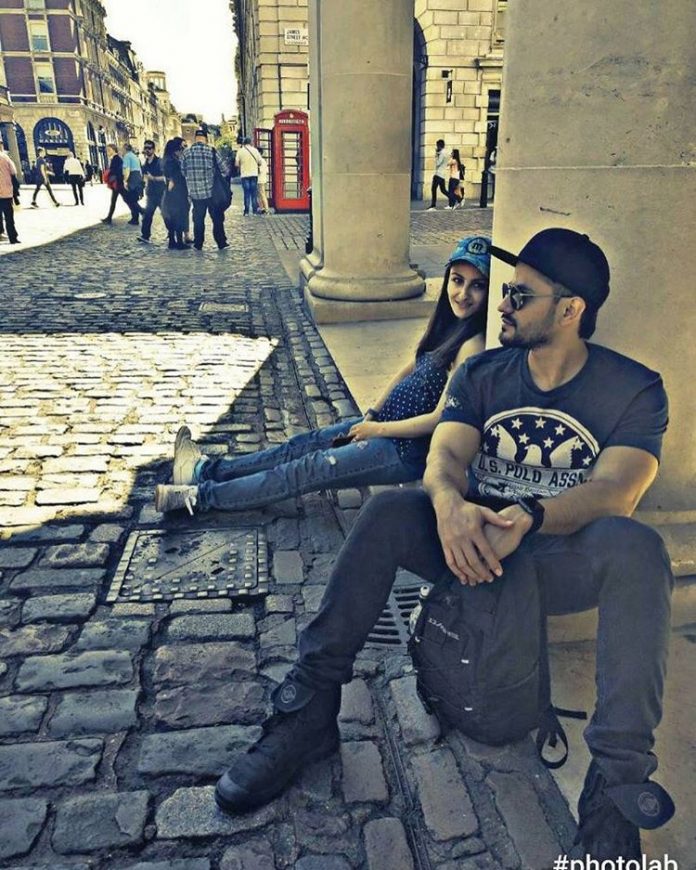 Bollywood couple Kunal Khemu and Soha Ali Khan are ready to embrace parenthood. While Soha is steadily progressing with her pregnancy, Kunal is making sure that his lady love is pampered and comforted at all times. The two are at present, vacationing in London and having a great time together. The Go Goa Gone actor shared a picture of himself with his expecting wife on his Instagram account.

The Dil Maange More actress and Kunal can be seen sitting together on the streets of London in the picture. While Soha lovingly stares at Kunal, her visible baby bump makes the picture even more adorable. Rumours of Soha’s pregnancy had begun doing the rounds. When Kunal was contacted, the actor confirmed saying, “Yes it’s true. Soha and I are very happy to announce a joint production coming later this year – our first child! We feel blessed and thank you all for your good wishes.”

Soha has not been much active in Bollywood in recent times and was last seen in the film Ghayal Once Again. The actress made her debut in Bollywood with the movie Dil Maange More but shot to fame with the film Rang De Basanti which also starred Aamir Khan and R. Madhavan. Apart from Bollywood movies, the actress has also featured in a couple of Bengali movies.

Soha and Kunal got married in a private wedding ceremony in Mumbai on January 25, 2015. The two before getting married, lived together in a live-in relationship. The wedding ceremony was attended by just the immediate family members and a few friends from the industry. Kunal started off in Bollywood as a child actor and is best known for his movies like Hum Hain Rahi Pyar Ke and Raja Hindustani. The actor will soon be seen in the film Golmaal Again which is ready to be released in October 2017.