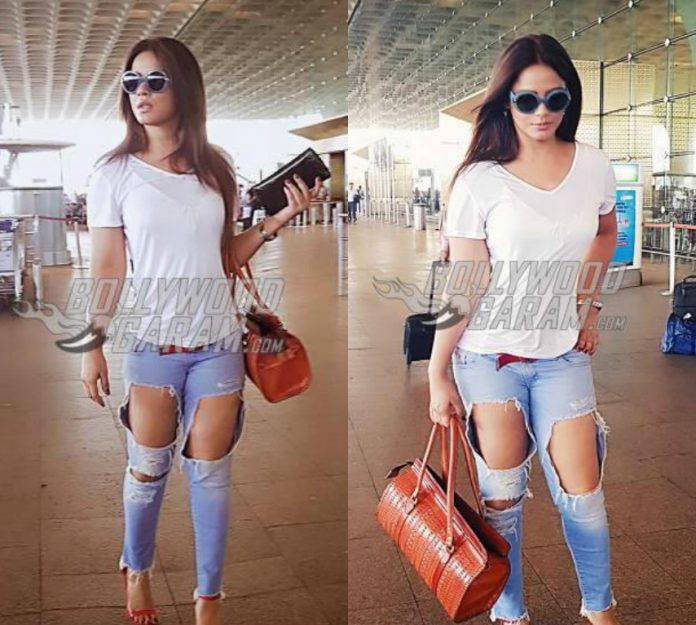 Bollywood diva Neetu Chandra, was snapped at Mumbai Airport as she left for Delhi on May 26, 2017. The Garam Masala actress made a glamorous appearance with ripped jeans and a white t-shirt. Neetu completed her look with a pair of aviators and red sandals. The actress will be attending the Miss India 2017 crowning event as the chief guest in New Delhi.

Neetu made her debut in Bollywood with the film Garam Masala and was last seen in Kucch Luv Jaisaa in 2011. The actress has been more active in Tamil, Telugu and Kannada movies in recent times. Neetu has worked in some of the Bollywood movies like Mumbai Cutting, 13B, Apartment, No Problem, Sadiyaan, Summer 2007 and more. The actress has also worked in the Bhojpuri film Deswa in 2011 which was directed by her brother Nitin Chandra. The film also starred Deepak Singh and Kranti Prakash Jha.