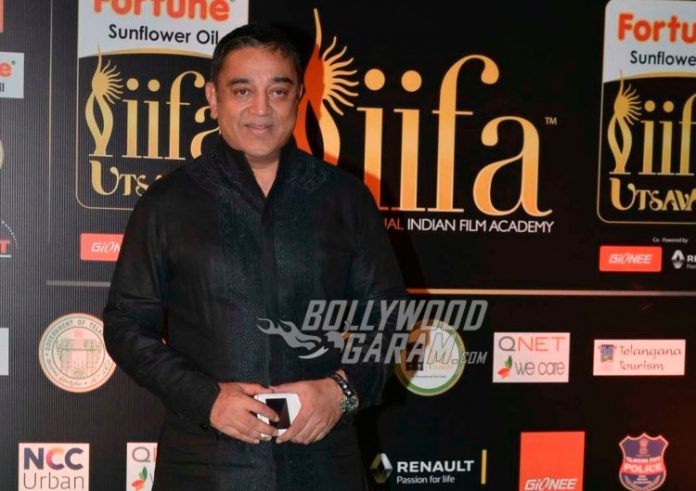 Kamal Haasan, who is ready to make his TV debut, unveiled the trailer of Bigg Boss Tamil on Twitter

South superstar Kamal Haasan is soon going to make his TV debut with the show Bigg Boss Tamil. While the announcement was earlier made by Vijay TV, Kamal has shared a trailer of the upcoming show on his Twitter account. The Hey Ram actor, who has a career spanning more than 50 years in showbiz, will be seen as the host of the show.

Kamal in the trailer can be heard saying that people in real life wear more masks than the roles that he has played so far. The actor concludes the trailer saying that the contestants will be monitored by 30 cameras and there will be no way to escape. Kamal shared the trailer on May 26, 2017 and wrote, “Big boss trailer for you on twitter. With love”

Bigg Boss Tamil version is ready to premiere in mid June, 2017 and will be aired on Vijay TV. The show will be aired at 9 pm on weekdays and 8:30 pm on weekends. 15 celebrities from the industry are expected to enter the house. The Hindi version of the show is hosted by Salman Khan.