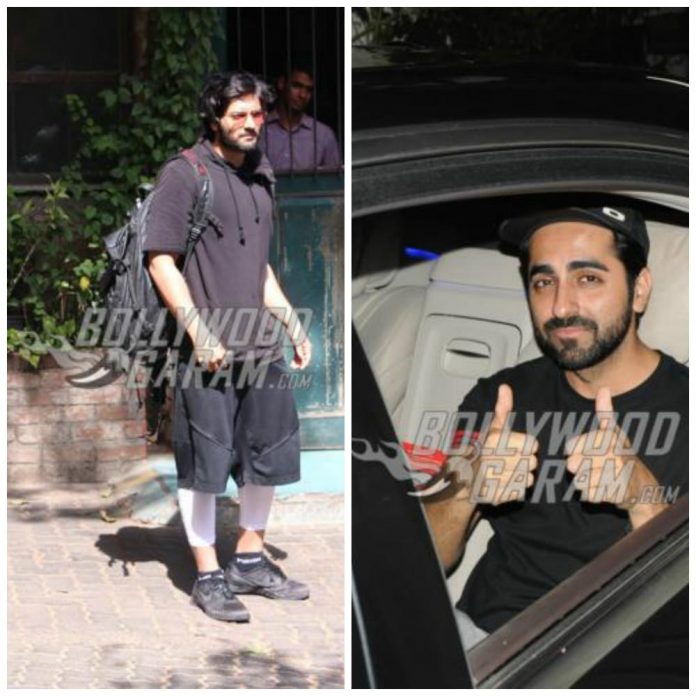 While Ayushmann Khurrana also makes use of his voice as his strength, Ali Fazal managed to impress the audience with his acting skills. Ayushmann was snapped having a casual time while Ali was seen exiting The Pali Village Cafe in Bandra, Mumbai on May 25, 2017.

Ayushmann Khurrana, who made his debut with the movie Vicky Donor, waved and smiled for shutterbugs. Ayushmann’s song Paani Da Rang, became popular among the youngsters and is still considered as one of the most happening romantic songs of the generation. His latest film opposite Parineeti Chopra, Meri Pyaari Bindu too did well in the box office.

Meanwhile, Ali Fazal was seen in a sporty look as exited The Pali Village Cafe in a quite afternoon.  Ali made his debut with 3 Idiots in 2009 and has a number of projects in his kitty including Tadka, Love Affair, Fukrey Returns and Victoria and Abdul – most of which release later this year.