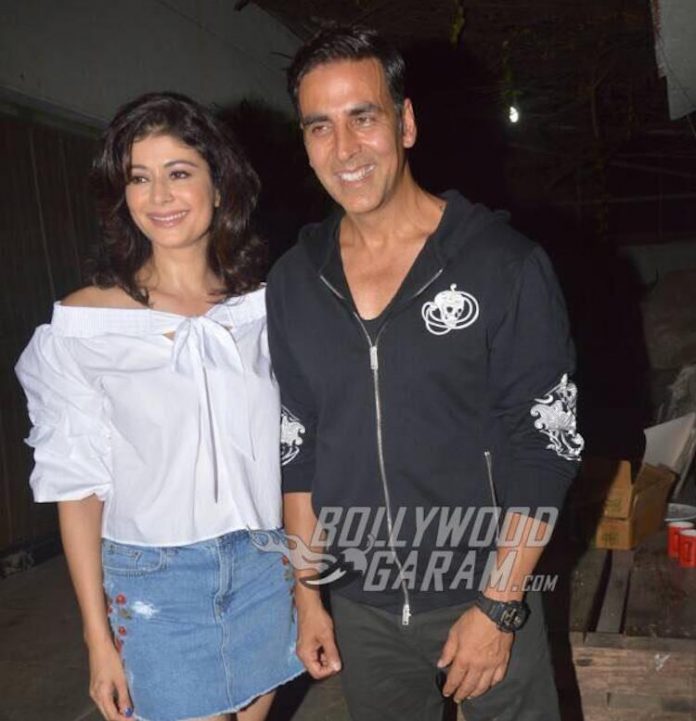 Akshay Kumar was seen catching up with old friend Pooja Batra at the special movie screening of Mirror Game on May 28, 2017. Pooja has been away from Bollywood for quite some time and is now all set to make her come back with a thriller, Mirror Game.

While talking about her role, Pooja Batra said, “I am playing a police psychologist, Dr . Roy who helps by keeping eyes on the criminal, as police investigate a murder case. I have never played such role, the genre is different and I loved the story. I am very excited about the film.” The actress while talking about the industry said that there is ‘cut throat’ competition and that good acting is the only way to survive.

Akshay Kumar, who is currently busy with Toilet- Ek Prem Katha and Padman, was seen congratulating the cast and crew of the film for their unique venture at the screening. The screening event was also attended by Ekta Kapoor, Gulshan Grover, Parvin Dabas, and Kashmira Shah.

Mirror Game is the story around a psychology professor in New Jersey, who is having a hard time with his personal and professional life. Actor Parvin Dabas will be seen playing the lead role. The film is directed by debutant Vijit Sharma. The trailer of the film, which was released earlier had drawn comparisons with the Hollywood flick Gone Girl, but Vijit clarified that there are no similarities between the movies. Mirror Game released on June 2, 2017.