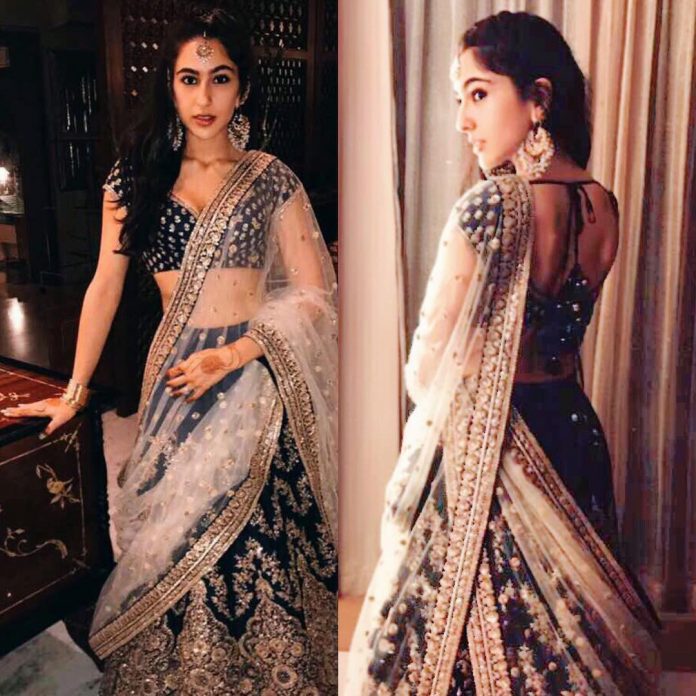 A leading daily has confirmed that Sara Ali Khan is finally going to make her long-awaited Bollywood debut! The eldest daughter of Saif Ali Khan has given a nod to her first project and will be starring opposite Sushant Singh Rajput in Kedarnath.

The stunning 24-year-old has been in the news with a number of rumours following her. It was initially reported that she will be launched in the industry by Karan Johar for his sequel, Student Of The Year 2. The producer-director is a close friend of Kareena Kapoor Khan and has already launched the careers of Alia Bhatt, Varun Dhawan and Siddharth Kapoor. She was even recently spotted at KJo’s 45th birthday bash this past weekend, and set tongues wagging about her debut.

Kedarnath is a film by Abhishek Kapoor and will also star Kai Po Che! actor Sushant Singh Rajput. Further details of the film will be revealed soon enough. But it’s already exciting to know who the lead pair will be!

Sara Ali Khan is already becoming a star in her own right, attending some of the biggest ‘dos in the industry. The daughter of Saif Ali Khan and ex-wife Amrita Singh already has a strong and growing fanbase. There were also rumours that she is dating Harshvardhan Kapoor, after they were photographed grabbing a meal together. However, she can put those personal rumours aside and concentrate on starting her professional career on the right note.

Sushant Singh Rajput is also proving a dynamic actor, and is now awaiting the release of the romantic-drama film, Raabta. He will be starring alongside his alleged girlfriend, Kriti Sanon. Promotions for the film are already in full swing, as the date for the release of the film slowly approaches.