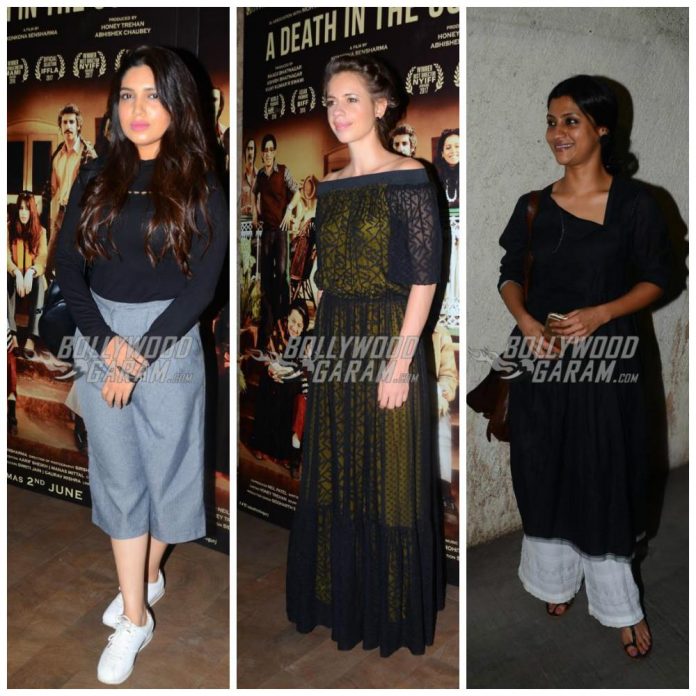 Radhika Apte, Aditi Rao Hydari, Ratna Pathak Shah and others grace the special screening of Konkana Sen Sharma’s A Death In The Gunj

A number of celebrities from Bollywood were photographed attending the special screening of the upcoming thriller A Death In The Gunj in Mumbai on May 29, 2017. The screening event saw the presence of Tanuja, Tanisha Mukherji, Ratna Pathak Shah and Naseeruddin Shah, Radhika Apte, Aditi Rao Hydari, Konkana Sen Sharma, Kalki Koechlin, Rajkumar Rao and others.

The upcoming film has been written and directed by Konkana Sen Sharma and has so far received multiple awards at various film festivals. The directorial debut of Konkana is ready to be released in theatres on June 2, 2017. The story of the movie is set at the back drop of McCluskieganj, near Ranchi in 1979. The town is at present situation in the state of Jharkhand. The film begins with a family holiday which takes a different turn when the members begin to play with spirits.

The movie has so far won the Best Actress and Best Director awards for Konkana Sen Sharma at the New York Film Festival.