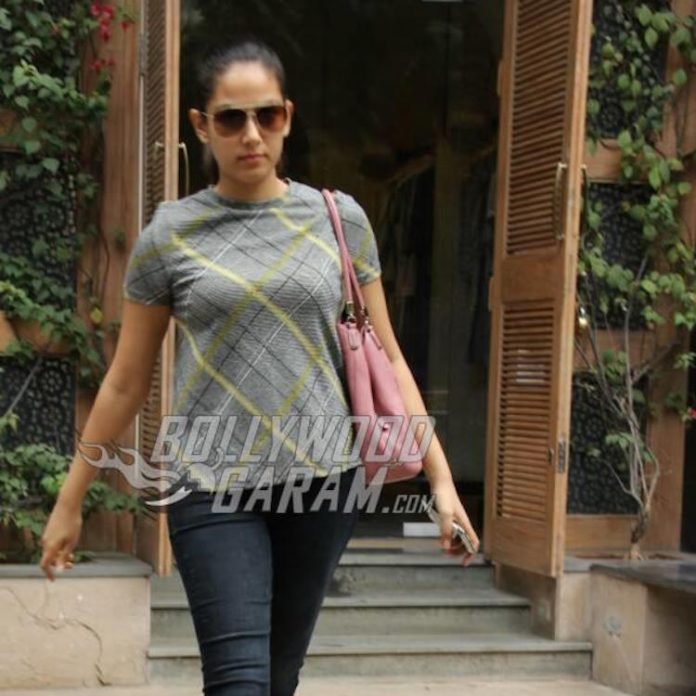 Shahid Kapoor’s pretty wife, Mira Rajput is slowly but surely becoming a star in her own right. The mother-of-one, who wed the Vivaah actor through an arranged marriage, is regularly followed around by the paparazzi. Today, May 30, 2017, she was photographed as she made a solo shopping trip in the city.

Mira was seen in a simple grey top and black denims with a pink bag. There was a time when a protective husband Shahid accompanied wife Mira on all her public outings. But now Mira, who does not have a celebrity background, is often seen in the city either with friends or alone while shopping.

Mira made her debut appearance on TV on the show Koffee With Karan hosted by Karan Johar. There were reports that Mira might be considering to venture in to the showbiz and has also been offered an ad for a brand. Mira is expected to feature with daughter Misha in the commercial.