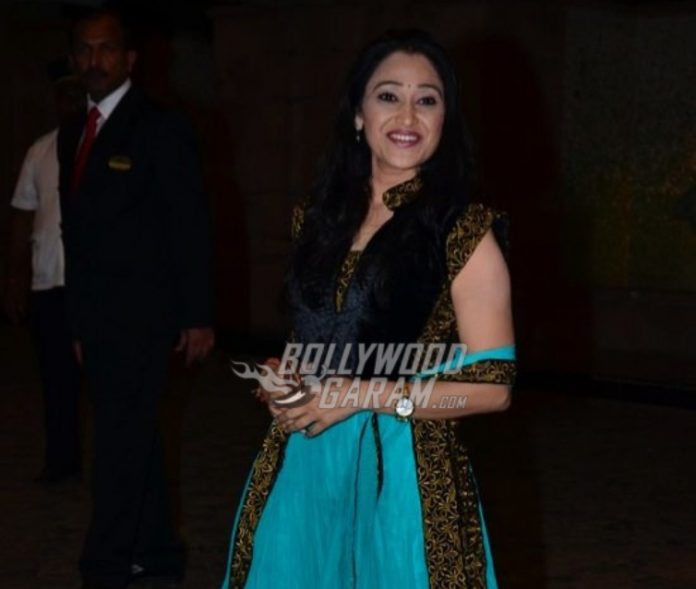 TV actress Disha Vakani, popularly known as Dayaben from Taarak Mehta Ka Ooltah Chashmah, is rumored to be expecting her first child soon. Several reports suggest that  Disha, who got married to Mayur Padia in 2015, has been absent from the TV show’s shoots in off-later and has been making limited appearances in recent episodes. This has sparked off rumors of her pregnancy. When contacted by a leading daily, Disha chose not to respond to these reports.

Disha Vakani became a household name with SAB TV’s Taarak Mehta Ka Ooltah Chashmah, which has been running since 2008. The actress got married to Mumbai based chartered accountant Mayur Padia in 2015 and continued with her career post marriage. The wedding was attended by just a few friends and relatives. The couple later hosted a grand reception which was attended by several Bollywood and television celebrities. Apart from Taarak Mehta Ka Ooltah Chashmah, the actress has also been a part of popular Bollywood movies like Devdas and Jodhaa Akbar.

Talking about the hit show, Taarak Mehta Ka Ooltah Chashmah recently made headlines when child actor Bhavya Gandhi (Tappu) quit the show to pursue other opportunities. Show makers were upset over Bhavya’s decision and introduced a new face for the character of Tappu. There were also rumors suggesting that actress Munmun Dutta, who plays the role of Babita Iyer, had left the show when she posted several pictures from her Europe holiday. However, later she rubbished the rumors and clarified that she would continue to play the character of Babita.