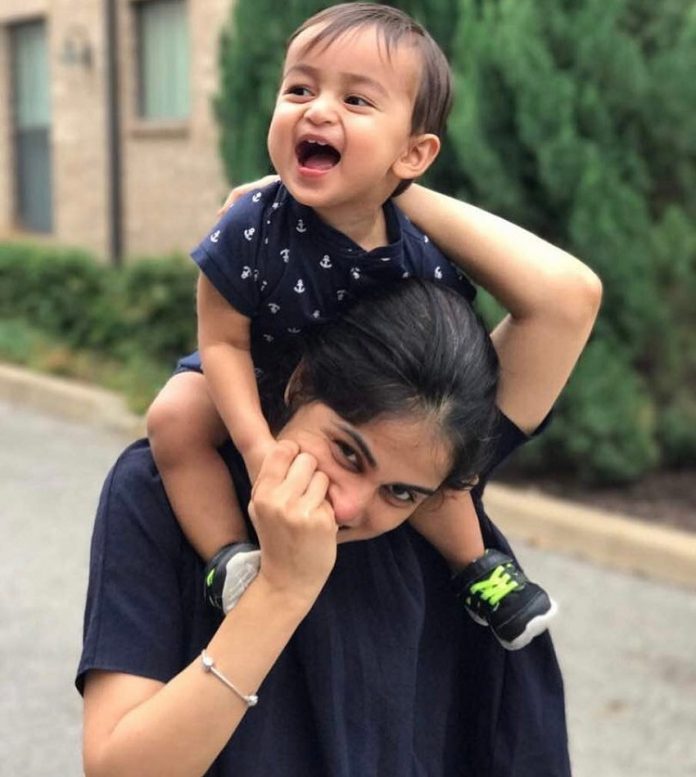 Proud parents of two sons, Riteish Deshmukh and Genelia D’Souza celebrated the first birthday of their younger son, Rahyl. The parents shared pictures of the little one on social media.

The 38-year-old father of two showed off his baking skills for his son’s special day. Riteish Deshmukh successfully baked a blueberry cheesecake for baby Rahyl. He shared a video on Instagram and Facebook of him giving a detailed guide on baking the cake.

The actor captioned the video, “Today is a Special Day … Our son turns one… Happy Birthday, Rahyl .. you are a blessing straight from heaven. @geneliad”

The gorgeous mother, Genelia also posted a picture of the baby boy on Instagram and Twitter. She wrote, “Happy Birthday Rahyl… every time I need to see a miracle, I look into your eyes and believe I created one.. You are soooo special lil one, you always will be and your mine that’s all that matters.. God Bless You Always”

Karan Johar also took to Twitter to wish Rahyl a happy birthday. He wrote, “Happy birthday RAHYL!!! The universe has blessed you with the best parents ever…..”

Rahyl was born on a special day last year. It was on the birthday of Riteish Deshmukh’s mother, Vaishali Deshmukh. Riteish had written, “It’s a special day coz it’s my Aai’s Birthday and on this special day I would like to share something special.”

Riteish Deshmukh and Genelia D’Souza married in a private ceremony on February 3, 2012. They welcomed their first son back in November 2014. Their second son, Rahyl, was born on June 1, 2016.

Currently, on the work front, Riteish Deshmukh is busy with promotions of his upcoming, Bank Chor. It also stars Vivek Oberoi. The comedy is slated to release on June 16, 2017.

Today is a Special Day … Our son turns one… Happy Birthday Rahyl .. you are a blessing straight from heaven. @geneliad

Happy Birthday Rahyl… everytime I need to see a miracle,I look into your eyes and believe I created one.. You are soooo special lil one, you always will be and your mine that's all that matters.. God Bless You Always