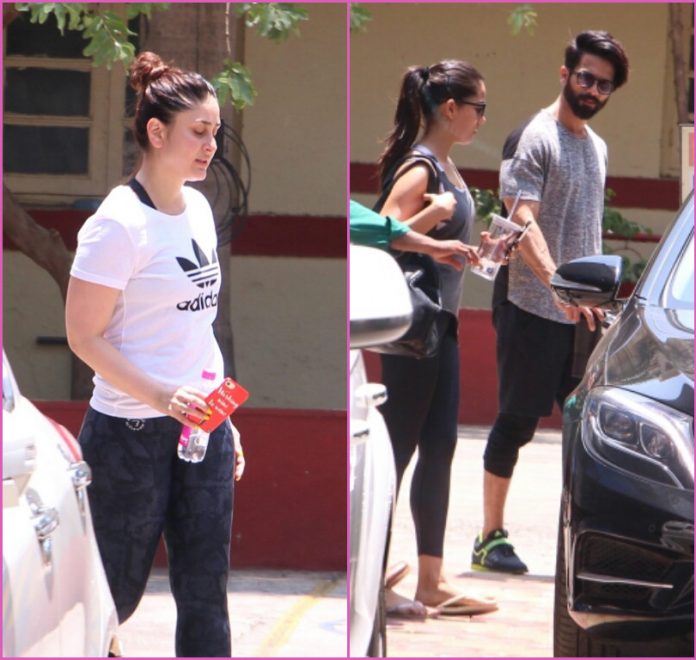 Ex-lovers Shahid Kapoor and Kareena Kapoor Khan were spotted exiting the same gym today morning. While Shahid Kapoor was accompanied by wife Mira Rajput, Kareena Kapoor left solo. Shahid Kapoor is working hard to maintain his fitness for the shoot of his upcoming film Padmavati while Kareena is busy shedding her post-pregnancy weight.

Shahid Kapoor and Mira were photographed exiting the gym after a hard workout session on June 2, 2017. A little later, Kareena Kapoor Khan, too, was snapped coming out of the same gym in Mumbai. Seems like things have become cordial between Shahid and Kareena as they workout at the same gym. The Tashan actress was seen in a white t-shirt and black leggings, while Shahid was seen in a grey t-shirt and black joggers. Wife Mira too looked sporty in a asymmetric top and black jeggings.