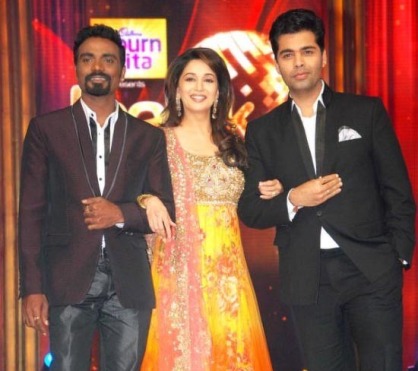 The sixth season of the popular celebrity dance reality show ‘Jhalak Dikhhla Jaa’ is here and is ready with 12 celebrities onboard. The contestants are geared up to put their best foot forward to impress the judges.

Choreographer Remo D’Souza, actress Madhuri Dixit and filmmaker Karan Johar have been retained for the sixth season as well. The makers of the show will make sure to put up a different show overall as the contestants will be using unconventional props, graphics and a video mapping technology. Moreover, this time the contestants will also be performing at unusual outdoor locations, while Manish Paul and comedian Kapil Sharma will be hosting the show.

Madhuri said , “It’s great to see the celebrities grow as dancers. Some of them don’t even have great dancing skills, but hone their talent gradually.” Meanwhile Karan said that last time the focus of the show was humour with dance but this time dance will be at the forefront.

Remo said that the contestants will have to push their potential to the maximum limit as they set them up for an intensely competitive dance battle. Some of the participants on the show include Ekta Kaul, Aarti Chhabria, Meghna Malik, Siddharth Shukla, Drashti Dhami, Eijz Khan and comedian Suresh Menon.