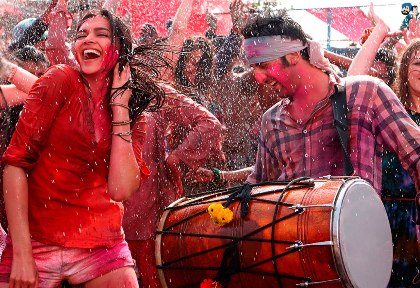 Bollywood movie ‘Yeh Jawaani Hai Deewani’ starring Ranbir Kapoor and Deepika Padukone has proved to be the biggest opener of 2013, with the opening weekend collections amounting to Rs. 62 crores. This movie is also the first to be released after Indian Premiere League.

The movie has already hit the jackpot and has become the biggest opener of the year so far. The Ranbir Kapoor starrer has broken all earlier records of 2013. YJHD success started from day one, with multiplexes lining up shows almost every 25 minutes. The movie is a romantic comedy and has appealed to both the youth and family audiences.

Moreover, the movie has also received good reviews and positive responses from the audience, which has helped to increase its success. The business grew steadily over the weekend, with no other releases, meaning it had a competition-free run. In the upcoming weeks, Bollywood movie the Deol family-starrer ‘Yamala Pagla Deewana 2’ will be releasing. With the first movie becoming a major hit, there are huge expectations for the sequel, which stars Sunny Deol, Bobby Deol and veteran actor Dharmendra.