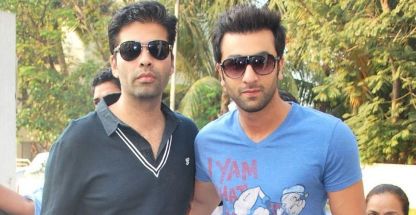 After a great success of the movie ‘Yeh Jawaani Hai Deewani’, Ranbir Kapoor will be directed by filmmaker Karan Johar for a movie scheduled to be released in 2014. So far, Johar has produced two of Kapoor’s movies, ‘Wake Up Sid’, released in 2009 and ‘Yeh Jawaani Hai Deewani’, which is now in theatres. Their cooperation is obviously a good move, as both movies achieved success at the box office.

Once again, the actor and the director will be teaming up for a movie which will be directed by Johar himself. Sources from the production unit have confirmed the news and said that Karan is all prepared for their next project and the movie is likely to go on floors next year.

No details regarding the movie have been revealed so far. However, it is being reported that the project is a love story, set in Lahore during partition and was close to Karan’s father Yash Johar. When it comes to Ranbir, the actor will be completing the movie ‘Besharam’ first and then he will begin to shoot for Anurag Kashyap’s Bombay Velvet in July 2013.

‘Yeh Jawaani Hai Deewani’ has been produced by Karan and is a love story which also stars Deepika Padukone. The movie is an ultimate entertainer and has already won the hearts of the audience.