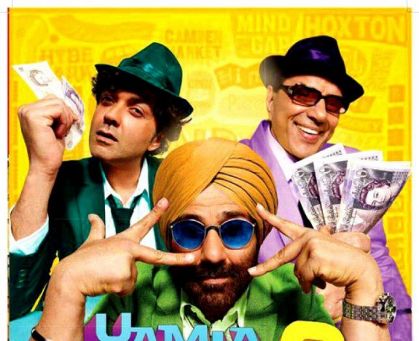 The trio struck an emotional chord with the audience with their previous release, movie ‘Apne’, back in 2007 and they were back to entertain the audience with a laugh riot as ‘Yamla Pagla Deewana’ in 2011. In the movie, the story revolves around Dharam, played by the veteran star Dharmendra, who is a con man and lives a luxurious life with his younger son Gajodhar in Varanasi. The duo lives in Varanasi, despite having a rich older son and brother Paramvee,r played by Sunny Deol, in the UK.

When it comes to their performances, the Deols are indeed impressive, but the important part of the movie gone wrong in this case is the script. The director could have done a better job if he was given a better script and the Deols did the best they could with what they got. On the bright side, the songs in the movie are very impressive and overall, the movie can be watched once for entertainment.