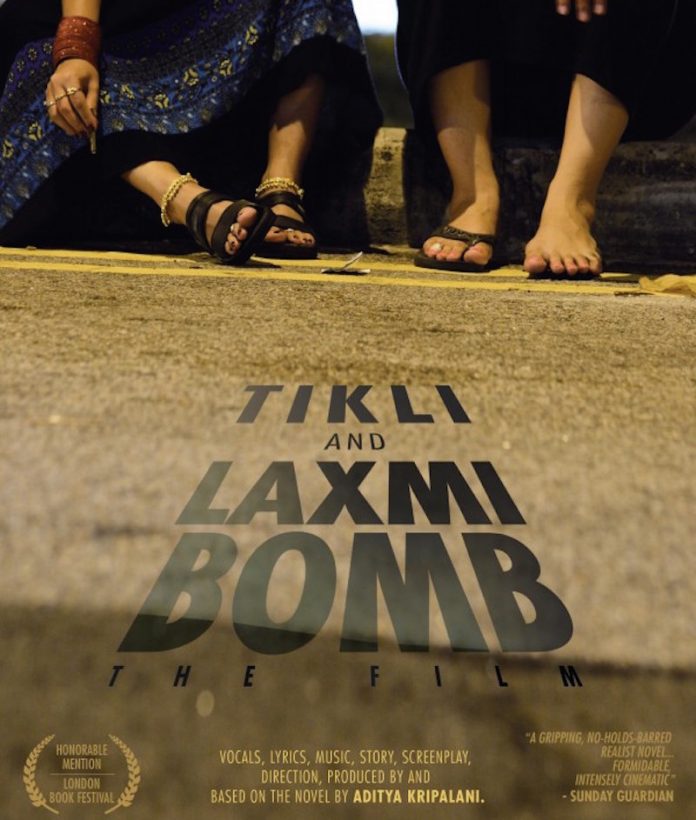 Exploring the sordid underworld of Mumbai’s sex workers, writer Aditya Kripalani’s directorial debut Tikli and Laxmi Bomb is based on his similarly titled book published in 2015. The film tells the fictional story of two prostitutes who decide to kick men out of the system, and start a cooperative that is run by women and for women. Their goal is to take on the existing patriarchy in the business, so that women themselves can run the sex trade without being exploited by men who pose as pimps and protectors.

Marathi actress Vibhawari Deshpande plays the lead role of Laxmi, a kind-hearted 40-year-old who was dragged into the sex trade and had to adapt to the demands of her profession. She is the brains behind the revolutionary idea to change the oppressive system they find themselves in. The second lead of Tikli is played by Chitrangada Chakraborty, who previously appeared in Anurag Basu’s series – Stories by Rabindranath Tagore. A new recruit who is in her early twenties and more outspoken than her counterparts, Tikli teams up with Laxmi to protect the interests of sex workers and improve their standing in society. According to director Aditya Kripalani, Swara Bhaskar was initially cast as Tikli, but they decided to go with Chitrangada as it is more authentic to have a Bengali actor playing the role of a Bengali character.

The film also features Suchitra Pillai, who plays the role of Manda, a multi-lingual prostitute from a rival gang. Manda is opposed to any change in the system and prefers to maintain the status quo, but has a change of heart by the end. In a recent interview, Suchitra revealed that Kripalani wanted her in one of the lead roles, but her look did not suit either of the parts. Instead, he enlarged the role of Manda to include her in the cast, and she now has quite a few hard-hitting scenes in the movie. She is grateful for the chance to expand her repertoire by playing bold and challenging characters such as this one.

An FTII graduate, the creatively talented Aditya Kripalani is director, screenwriter, producer and music director of Tikli and Laxmi Bomb. He feels that the plight of female sex workers in India is an important societal issue that needs to be addressed. Given the illegality of their profession, they are often taken advantage of and have little recourse to seek justice when faced with adversity. With the recent attention given to atrocities against women, there is a desire to talk about these issues more openly and that is being reflected in more women-centric films being released commercially. He hopes the adaptation of his book to the big screen will help reach a wider audience and further the cause of women’s empowerment in the country.

He admits that he subconsciously thought of the idea while watching Hollywood classic Thelma and Louise, and felt Indian cinema too deserved ‘wild women’ who don’t necessarily follow rules set by society. To research the topic for his story, Aditya says he would visit Mumbai’s Kamathipura red light district and take sex workers to a nearby lane, where he would just talk to them about their situation and pay them for their time. While he realises that the subject matter of his film is bound to attract attention from the censor board, he is hopeful of a smooth release for Tikli and Laxmi Bomb.

The film is also set to feature music from the aptly named electro-pop band from Mumbai, Laxmi Bomb. Out of nine songs in the movie, four are to be composed by them, while Kripalani himself has written the rest. Laxmi Bomb is excited to be involved with the project, and they are also going to be featured in the new show ‘Insiders’ produced by online digital entertainment channel The Viral Fever (TVF).

Tikli and Laxmi Bomb is not a depressing tale as one might imagine, but instead aims to entertain and give viewers a glimpse into the lighter side of sex workers’ lives. It also provides much food for thought and hope for the future. Not backed by any renowned production house, the filmmakers have successfully completed a crowdfunding campaign and are now in the post-production phase. Tikli and Laxmi Bomb is scheduled to release in late-2017.

Exclusive interview with the Tikli and Laxmi Bomb cast –