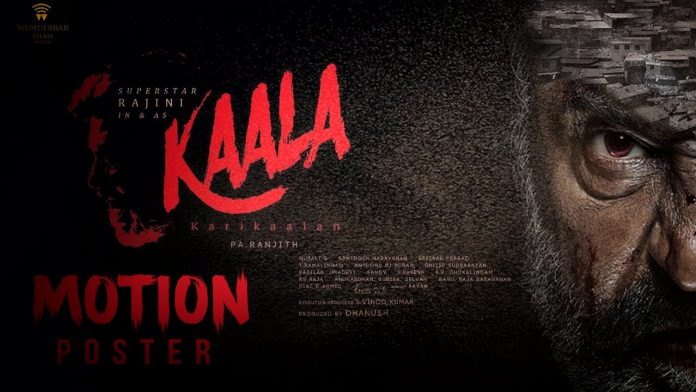 South Superstar Rajinikanth is currently in Mumbai for the shoot of his upcoming film, Kaala Karikalan. The superstar is in the city on a 40 day schedule, beginning from May 28, 2017.  The film is simultaneously being made in Tamil, Telugu and Hindi. Rajinikanth was snapped shooting on the streets of Mumbai on June 7, 2017. The Sivaji: The Boss star was seen posing with a green bike which looks to be a part of an action sequence in the upcoming film.

Rajinikanth, in the photos, is seen in a black veshti and a black shirt, a very traditional South Indian attire, as he shot for a sequence of the film. The star not just shot for a scene but also made sure he did not disappoint his fans, as he waved to them. The film will see Rajinikanth play the role of a gangster and will also feature Bollywood damsel, actress Huma Qureshi. The makers revealed the first poster of the film on May 25, 2017. The film is directed and written by Pa Ranjith.