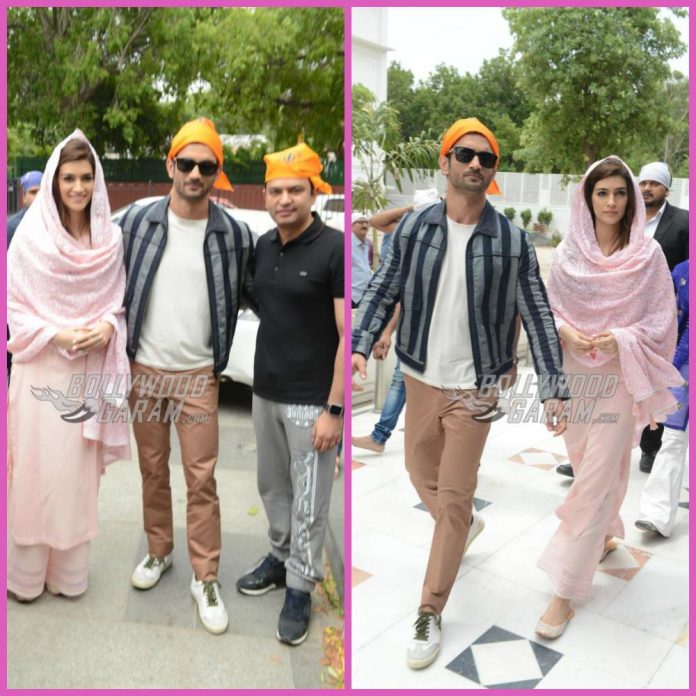 Amidst promotions, Raabta stars Kriti Sanon and Sushant Singh Rajput offered prayers at a Gurudwara in Delhi on June 7, 2017. The lead actors of the upcoming film Raabta, along with producer Bhushan Kumar, were seen visiting a Gurudwara during their Delhi visit. Kriti appeared in a pink traditional salwar khameez while Sushant was seen a casual t-shirt, striped jacket and brown pants. Producer Bhushan was seen accompanying the stars in a black t-shirt and a grey track pant.

Kriti and Sushant offered prayers and were also greeted by several fans calling out their names. Raabta is directed by Dinesh Vijan and also stars Jim Sarbh. Actor Rajkummar Rao will be seen playing a cameo. Apart from the trailer of the film, the fresh pairing of Sushant Singh Rajput and Kriti Sanon is being loved by the audience.

This is the first time the two have been paired in a film. Kriti and Sushant are rumoured to be in a relationship since the time the film Raabta has been announced. Apart from promotions, the two are often snapped spending time together.