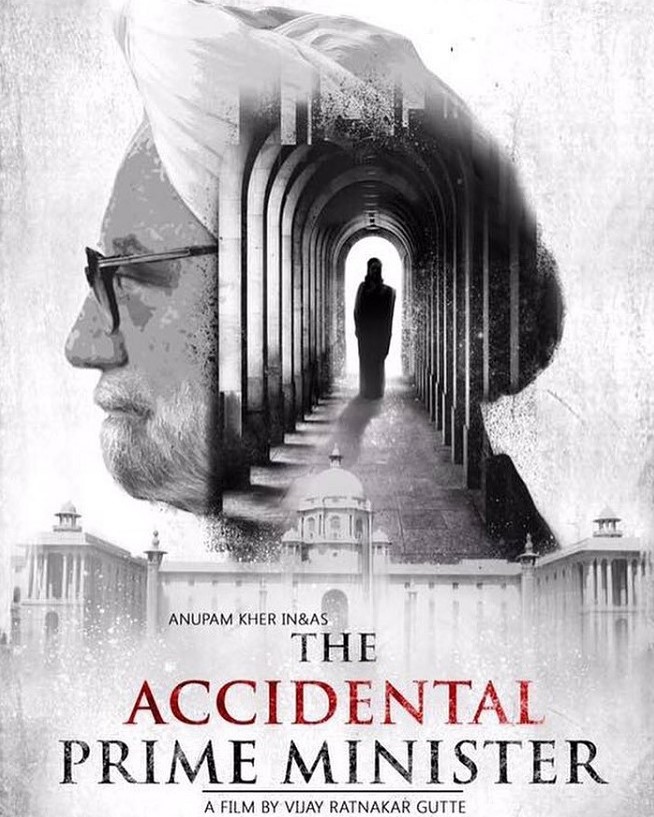 Anupam Kher, who is playing the role of Ex-PM Manmohan Singh, revealed his first look in the film. The black-and-white poster displays the side profile of Anupam Kher with a white beard and turban, depicting India’s former Finance Minister and ex-PM, Dr. Manmohan Singh. The poster also includes the silhouette of the Congress President, Sonia Gandhi, standing in Parliament’s corridor.

It is obvious that the film might get into some political controversy. The chief of CBFC (Central Board of Film Certification), Pahlaj Nihalani brought up an issue as soon as the poster went viral. Although he is happy that Anupam would be playing the role of Ex-PM, he just asked the makers to get a No Objection Certificate (NOC) from Dr. Manmohan Singh, Sonia Gandhi and all the other politicians who are going to be played in the film.

Pahlaj says, “The makers of ‘The Accidental Prime Minister’, producer Sunil Bohra, would have to get an NOC from Manmohan Singhji, Sonia Gandhiji, and all the other real-life politicians who are part of the narrative. This rule applies without fail. There are no exceptions,”

“And although my current tenure as the CBFC chairperson ends in January 2018 and this film will come up for censorship after that, I am sure the guidelines regarding biopics would remain unchanged,” added Nihalani.

The CBFC chief also says, “Anupam Kher was himself the CBFC chairperson not too long so. Ashoke Pandit who considers himself a part of the CBFC is also a part of the film on Manmohan Singhji. And Hansal Mehta who is writing the film, claims to be a victim of the censorship guidelines every time his film is on release. I can’t imagine how these people cannot be aware of the NOC required for sensor clearance of films based on real-life figures,”

The Accidental Prime Minister is directed by debutante Vijay Ratnakar Gutte. It is slated to hit theaters in December 2018, just before the general elections held in 2019.