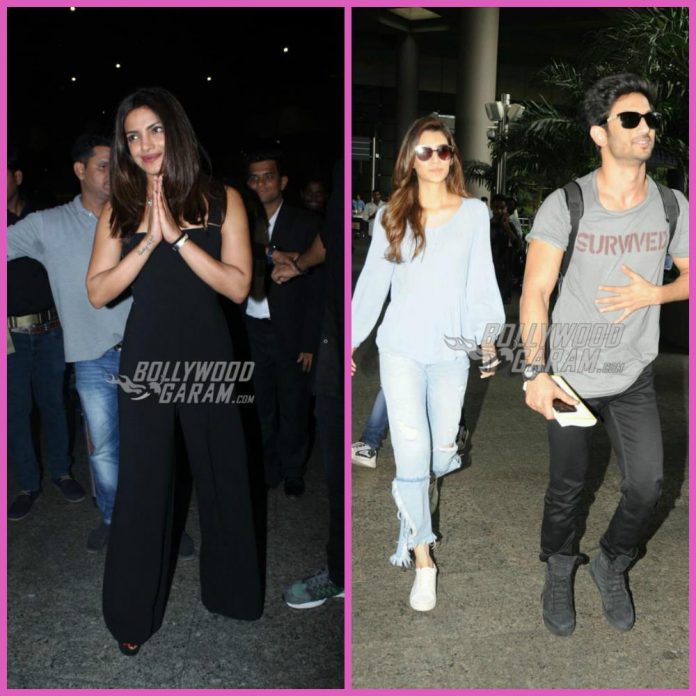 Actors Kriti Sanon and Sushant Singh Rajput have been tirelessly promoting their upcoming film Raabta in different cities and were snapped at the Mumbai airport on June 8, 2017. Priyanka Chopra, who made her Hollywood debut with the film Baywatch, was snapped at the airport as she returned from the US on June 7, 2017.

Sushant and Kriti have a hectic schedule these days as they promote Raabta, but still the two looked fresh and dazzling as they returned from Delhi. As usual, the Raabta actors were snapped chatting away as they made their way out of the airport. Kriti was seen in a blue top and a pair of denims while Sushant was seen in a casual grey t-shirt and black pants.

Priyanka returned to Mumbai after fulfilling her promotional commitments for her recently released film, Baywatch. The actress was seen making a stylish exit from the airport as she was snapped in a black jumpsuit. Priyanka, before taking off from the US, had shared a video before taking off, expressing her excitement to return to Mumbai.