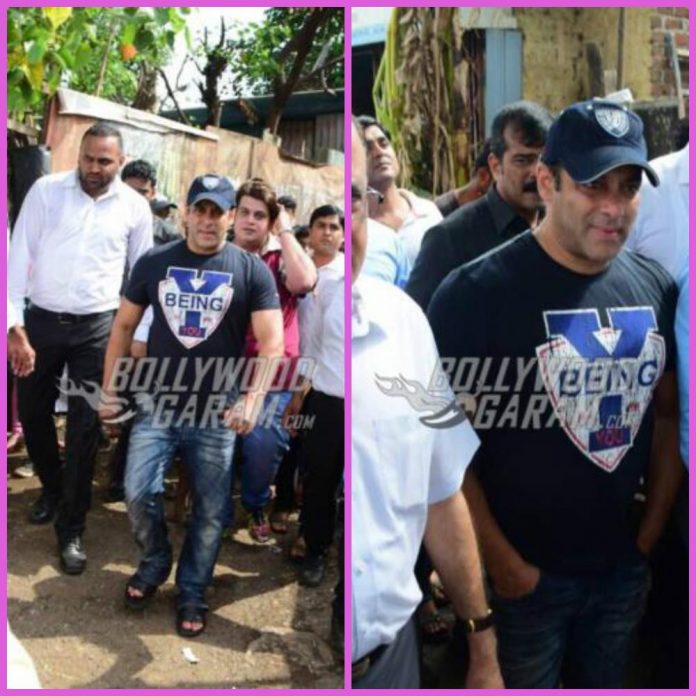 Salman Khan is these days busy with the promotions of his upcoming film Tubelight that is set to release this Eid. The Dabangg star was snapped on a casual outing in Mumbai on June 9, 2017. Salman looked dapper in a t-shirt, blue denims and a cap while he was out meeting his friend.

The makers released the song Tinka Tinka from the film Tubelight on June 9, 2017 and Salman couldn’t be happier. Salman, in the song, can be seen in pain as he has to be separated from his brother, played by Sohail Khan. Tubelight is a Kabir Khan directorial and is the third collaboration between Salman and Kabir. The director in an earlier interview talked about Salman’s character and said, “In ‘Tubelight’, he [Salman] has brought his skills to the fore. People say he is moody or unreasonable. I have never seen that side of him. Yes, he has a strong point of view, and we discuss the smallest of details.”

The star, while talking about the film, said that it was emotionally draining. The film is set with the backdrop of the Indo-China war and also stars Chinese actress Zhu Zhu. Tubelight is ready to be released in theatres on June 23, 2017.