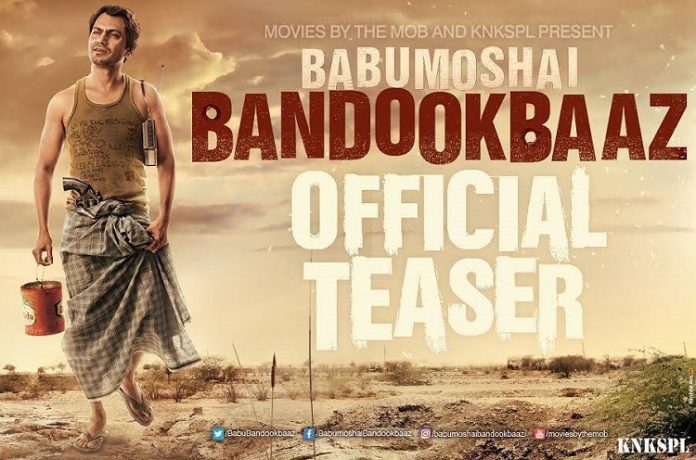 Nawazuddin Siddiqui starrer Babumoshai Bandookbaaz teaser released on June 8, 2017. The makers of the film released the teaser revealing the character of Nawazuddin. Nawazuddin is seen wearing a lungi, carrying a radio and a gun tucked in his waist.

Nawazuddin revealed that he had watched James Bond films to prepare for his character. He said that James Bond was the first person, who came into his mind when he read the script of the film, Babumoshai Bandookbaaz. He said, “When I read the script, Bond immediately came to mind. In terms of the clothes and styling, my character doesn’t have anything in common with him. Yet, I wanted to make him cool.”

Directed by Kushan Nandy and produced by Kiran Shyam Shroff and Ashmith Kunder, Babumoshai Bandookbaaz also features Divya Dutta, Bidita Bag, Murli Sharma, Jatin Goswami and Shraddha Das. The release date of the film has not been finalized yet.

Nawazuddin Siddiqui’s other movies this year include, Munna Michael in which he stars opposite Tiger Shroff, Nandita Das’ Manto, Sridevi’s MOM and Chandamama Door Ke which is slated for a 2018 release.