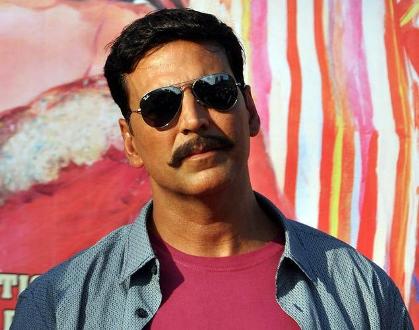 Bollywood star Akshay Kumar is all set to travel to Birmingham, UK, where he will be watching the India-Pakistan ICC Championship match. The actor will be there to promote his upcoming movie ‘Once Upon A Time in Mumbai Again’, produced by Balaji Motion Pictures.

Akshay is a huge cricket aficionado and is currently holidaying in New York City. However, the actor plans to cut his trip short and will be traveling to Edgbaston Stadium where he will watch the match. This is the tactic which has always proved to be lucky for the star and his movies. The movie is a period entertainer and is directed by Milan Luthria.

In the movie, Kumar will be seen playing the role of a cricket-loving gangster and the actor thought that it would be a great idea to promote the movie at the stadium. Tanuj Garg, the CEO of Balaji Motion Pictures, confirmed the news and said that Akshay, who will be playing the role of Shoeb in the movie, will be attending the India-Pakistan match at Edgbaston Stadium in the UK.

Akshay has had a long tryst with cricket, so the ICC will be a great way to promote the upcoming movie.