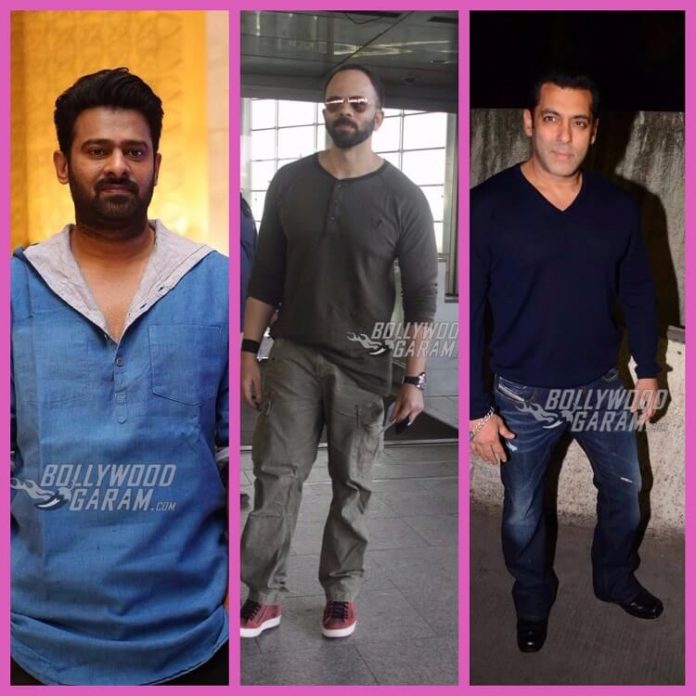 There were reports spreading that Salman Khan and Prabhas are coming together for Rohit Shetty’s next film. But recently, when Rohit was asked to clear up those rumours, he denied them, saying they weren’t true at all. At first, there were rumors that Karan Johar will launch Prabhas in Bollywood, but then later it turned out that Rohit is coming up with Salman and Prabhas in one film.

When a leading daily talked to Rohit about the rumors, he discarded it saying that “It is fake news! I’m in Spain for the last three weeks shooting for Fear Factor. I don’t know where this rumor started.”

A leading daily reported that Prabhas has hiked up his fee to INR 80 crores. A close source says, “Prabhas is charging around Rs. 80 crores for the film. Now, that’s something that even SRK, Aami, and Salman won’t quote as signing fees.”

At present, Salman Khan is busy with promotions of his upcoming film, Tubelight. His next after Tubelight is Ali Abbas Zafar’s Tiger Zinda Hai which casts Katrina Kaif opposite him.

Prabhas is busy with his next Telugu film, Saaho, which is directed by Sujeeth and features Anushka Shetty opposite him.