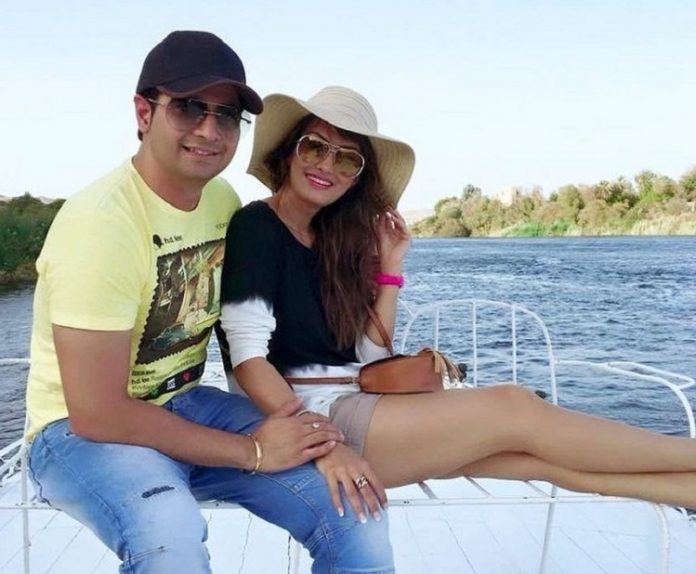 Karan Mehra aka Naitik of Yeh Rishta Kya Kehlata Hai and his wife, Nisha Rawal have been blessed with a baby boy. Karan posted a picture  of his son’s little feeton his official Instagram account, sharing the news with his fans.

Karan captioned his post as “The littlest feet makes the biggest footprints on our hearts, this is something that cannot be expressed in just words. We are ready for this new journey with our little blessing that has arrived in the form of a beautiful baby boy.” In an interview with the Indian Express, Karan revealed that “Nisha and the baby are doing fine. We are still in the hospital. We haven’t decided on the baby’s name yet.”

Karan Mehra and Nisha Rawal are one of the most adorable couples in the TV industry. They have been married for five years now and before that, they dated for six years. Karan, who found fame as the lead role of Yeh Rishta Kya Kehlata Hai, was also a part of Big Boss Season 8. There were rumors that Nisha has already given birth and that the couple were hiding it from the people. These rumors were ditched by the couple.

The past few months, it has been raining babies in tinsel town! Karanvir Bohra aka Rocky of Naagin fame welcomed twin girls with wife RJ Teejay Sindhu. The couple’s beautiful daughters are named, Vienna and Raya Bella. Famous television actress Shweta Tiwari also gave birth to her second baby, Reyansh. Reyansh is her first child with second husband Abhinav Kohli. On the same note, actor Yash Tonk has also been blessed with a daughter named Myrah for the second time.

The littlest feet make the biggest footprints in our hearts, this is something that cannot be expressed in just words. We are ready for this new journey with our little blessing that has arrived in the form of a beautiful baby boy ?

We already feel so blessed and excited for this new adventure that's about to begin, looking forward to welcoming our little baby to the world. Thank you each and everyone for coming and making this day more special.