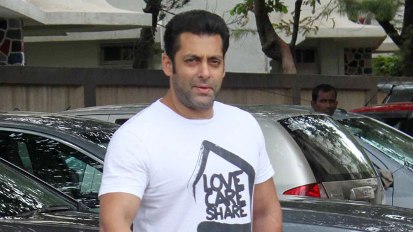 Apart from action and comedy, fans of the ‘Dabangg’ actor have always appreciated him in the romantic roles that he plays onscreen. In some good news for all fans of the Bollywood superstar, they will soon be able to see their favorite actor getting romantic with his co-star in the upcoming Sooraj Barjatya movie.

Salman will be working with Sooraj again after a 14-year break and the movie is all set to be released in 2014. The filmmaker made his directorial debut with the movie ‘Maine Pyaar Kiya’ in 1989, with actress Bhagyashree and Salman in the lead role of Prem and the flick proved to be a huge box office success.

The actor teamed up with Sooraj again for the movie ‘Hum Aapke Hain Kaun’ in 1994 and this flick is one of the biggest blockbusters of all time. After that, the actor also did ‘Hum Saath Saath Hain’ in 1999, which also become a huge hit.

Interesting fact is that Salman was named Prem in every Sooraj Barjatya movie. In recent times, the ‘Dabangg’ actor has built his image as an action hero, however, now that the star will be working with Sooraj again, his loyal fans can look forward to the return of Prem.