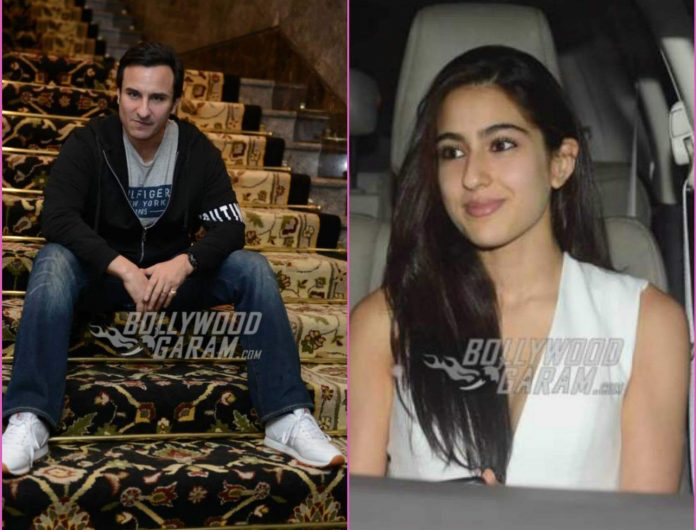 As any concerned father, Saif Ali Khan is worried about the future of his eldest child, daughter Sara Ali Khan. The 23-year-old child of Saif and Amrita Singh is making her Bollywood debut soon in a film titled Kedarnath opposite Sushant Singh Rajput. While she is regularly in the news for her public appearances or her gym workouts with the likes of Malaika Arora and Nimrat Kaur, Saif is getting anxious about her choice to be in the spotlight and her career.

In an interview with a leading daily, the Dil Chahta Hai actor opened up for the first time about what he thinks of Sara Ali Khan’s Bollywood debut. “Why would she want that for herself? Look at where she studied. After having done that, why wouldn’t she want to live and work in New York, rather than do this? I am not looking down on acting, it’s just that it is not the most stable profession. And everyone lives in constant fear. And there is no guarantee that despite doing your best, you will succeed. This is not the life any parent would want for their children.”

He also reminisced about the first time he understood that Sara Ali Khan made up her mind to choose a life in films. “I remember years ago, we’d gone for a stage show abroad and while I was on the stage with Salman Khan and other actors, Sara was standing behind the stage curtain and looking at us. I knew then that she wanted this for herself. Being on stage and people shouting her name.”

Whether or not he personally supports her decision, he still remains the caring father figure for her. “I am there if she needs to ask or talk to me about anything. I know what she is doing and we talk about films just like we do about everything else.”