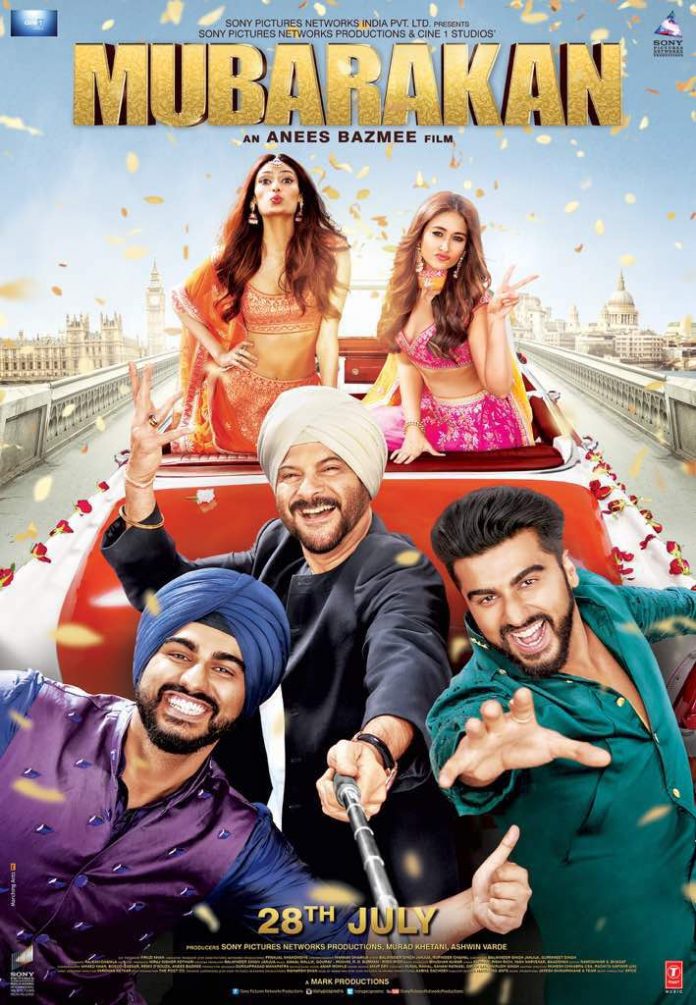 Actor Arjun Kapoor unveiled a new poster of the upcoming film Mubarakan, just before the trailer release on June 20, 2017. Arjun, who will be seen playing a double role shared a fun poster of the film through his official Twitter account. The poster features Athiya Shetty, Ileana D’Cruz, Anil Kapoor and Arjun Kapoor.

The Ki and Ka actor captioned the poster, “The family that clicks a selfie together, stays together! Here’s presenting the #MubarakanSelfie! MUBARAKAN TRAILER TOMORROW” The upcoming film is directed by Anees Bazmee and is one of the most awaited films of the year.

Anil Kapoor will be seen playing the lead role of a Punjabi man Kartar Singh. This will be the first time The Mr. India actor will be seen sharing the screen space with his real life nephew Arjun Kapoor. Arjun is Anil Kapoor’s brother Boney Kapoor’s son. The Half Girlfriend actor will be seen playing a double role Karan and Charan. Kapoor also announced on Twitter that the trailer of the film will be out on June 20, 2017. The film also stars Neha Sharma and releases on July 28, 2017. The upcoming romantic comedy is produced by Sony Pictures Network Productions and is set in the backdrop of a Punjabi wedding in London.

The family that clicks a selfie together, stays together! Here’s presenting the #MubarakanSelfie! MUBARAKAN TRAILER TOMORROW pic.twitter.com/Ro20AuHiFO