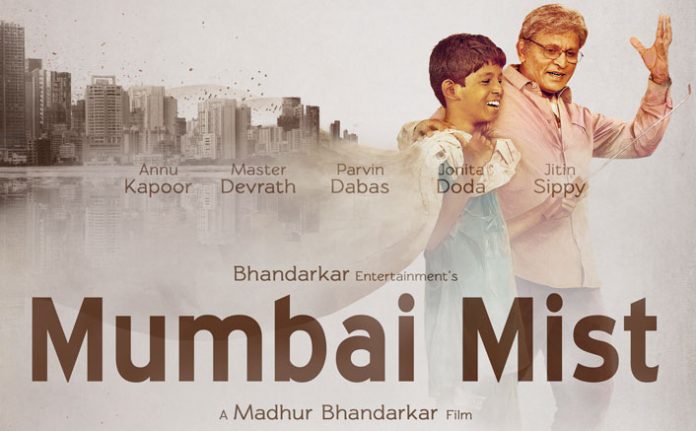 National Award winning filmmaker Madhur Bhandarkar screened his short film Mumbai Mist at BRICS Film Festival 2017 in China on June 22. The film stars talented actor Annu Kapoor, Parvin Dabas, Jonita Doda, Jitin Sippy and child artist Devrath Mudgal. Mumbai Mist was short in five days across the locations of south Mumbai. The makers revealed its trailer which has shown an intense relationship between an old man and a rag picker from the streets of the busy city of Mumbai.

The story of the short film has Annu Kapoor, who is an upper middle class man and befriends a 11 year old orphaned ragpicker. The trailer has shown a beautiful bond between the two and how the story takes a turn when the 11 year old ragpicker goes missing. Bhandarkar, is an ardent fan of Raj Kapoor, and has used the song Awaara Hoon in the background score.