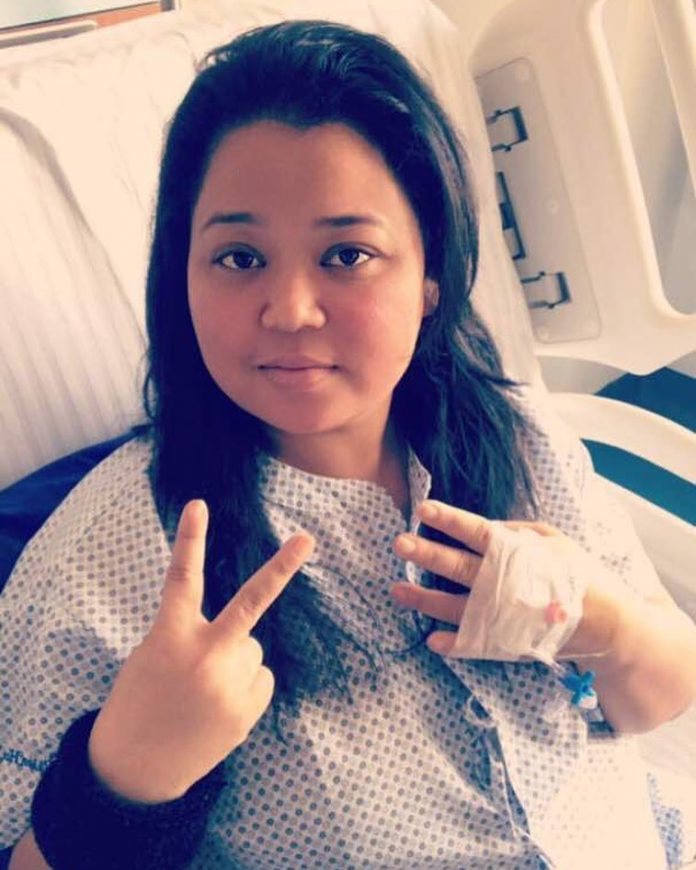 Actress and comedian, Bharti Singh had to be hospitalized after she complained of severe stomach pain on June 22, 2017. Reports say that the actress has been diagnosed with gall bladder stones and will have to undergo a surgery soon. The comedian also kept her fans updated and posted a picture of herself at the hospital.

Bharti is undergoing treatment at the Kokilaben Hospital in Mumbai and thanked her fans for their wishes. The actress wrote, “Thank you everyone for your wishes. I’m feeling a lot better now.#love#wishes #respect.”

Bharti and her fiancé Harsh Limbachiyaa were currently preparing for their performance at Nach Baliye 8 Grand Finale. But owing to Bharti’s condition, the couple will not be a part of it anymore. Bharti and Harsh were a part of the reality show judged by Sonakshi Sinha, Terence Lewis and Mohit Suri. Despite Bharti’s weight issues, the couple had done remarkably well at the contest and managed to entertain the audience. The couple escaped a few early eliminations but were eliminated as they garnered lowest votes on one of the episodes.

The final round of the show has popular couples Divyanka Tripathy and Vivek Dahiya and Sanaya Irani and Mohit Sehgal, who will be fighting for the grand prize and the sparkling season 8 trophy.