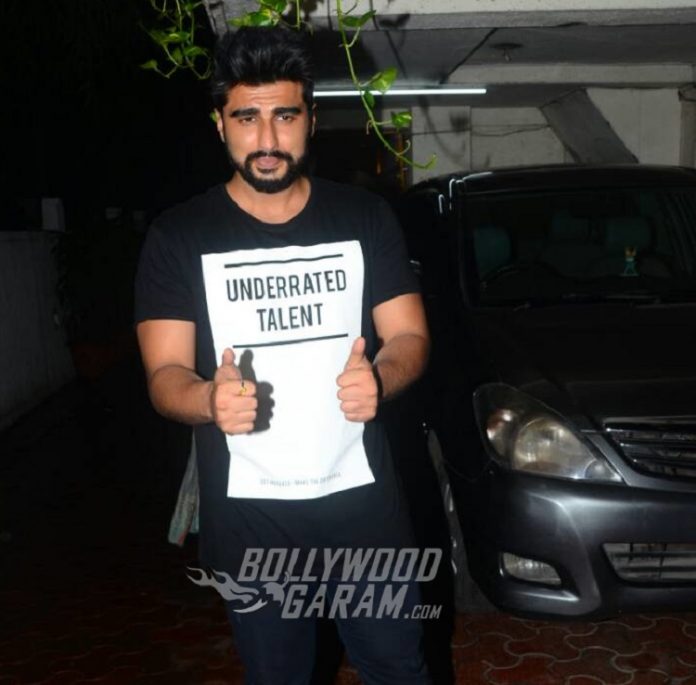 Bollywood actor Arjun Kapoor celebrated his birthday with his close buddies from Bollywood Industry. Arjun celebrated his birthday night with Ranveer Singh, Ranbir Kapoor, Karan Johar, Aditya Roy Kapur, Mohit Marwah and a few others. The celebrities were snapped arriving at the birthday boy’s house in the evening on June 25, 2017, for cake-cutting at midnight.

Arjun cut four cakes and celebrated his birthday bash with all his best friends from B-Town. The celebrities also clicked selfies and posed for the cameras. It seems like the birthday boy had a wonderful start to his birthday with his close friends and family.

Early in the day, Arjun celebrated his birthday with the star cast of his upcoming film, Mubarakan. The film features Anil Kapoor, Ileana D’Cruz and Athiya Shetty, along with Arjun in the lead roles.

Arjun will be seen playing the double role in Mubarakan. One character of Arjun is desi and other one is angrezi. Mubarakan, a comedy-drama film, is slated to release on July 28, 2017.