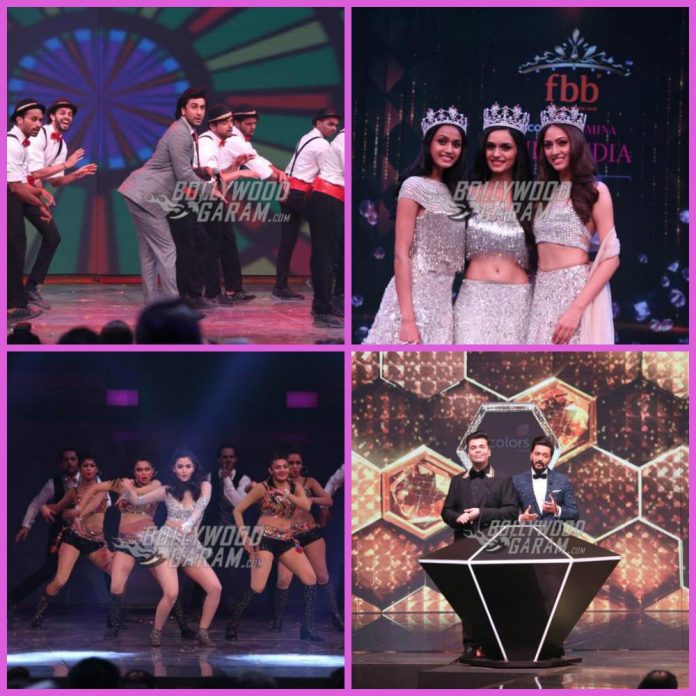 Bollywood celebrities lit up the Femina Miss India 2017 event in Mumbai on June 25, 2017. The glittery event was hosted by Karan Johar and Riteish Deshmukh. The two entertained the audience with the antics and made the event a memorable one. The judging panel of the event included actress Ileana D’Cruz, director Abhishek Kapoor, Arjun Rampal, Stephanie Del Valle, Bipasha Basu, Vidyut Jammwal and Manish Malhotra.

The event was made even more glamorous with some stunning performances by Bollywood celebrities. The stage saw some ravishing performances from Sushant Singh Rajput, Alia Bhatt, Ranbir Kapoor and Sonu Nigam. After plenty of laughter, entertainment and fun it was time to announce the winners.

The fbb Colors Femina Miss India World 2017 title went to Manush Chhillar who also bagged the title of Miss Haryana 2017 earlier this year. While Sana Dua from Jammu & Kashmir was crowned as the first runner up. Priyanka Kumari From Bihar won the second runner up title at the event.

The grand crowning ceremony of Miss India 2017 is expected to be aired soon this year.