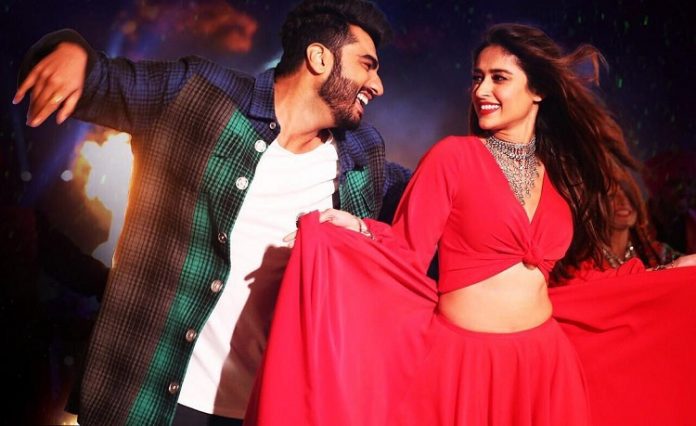 T-Series released a new song from Mubarakan which is titled Hawa Hawa. The song is a remake of the hit song Hawa Hawa E Hawa from the 1980s, which was loved by people. This reprised version is a dance number featuring Arjun Kapoor and Ileana D’Cruz. In the song, Arjun aka Karan can be seen grooving to the beats in Punjabi style whereas you can see Ileana showing her attitude. Arjun is trying to woo Ileana by saying ‘Boyfriend bana le’ to which Ileana replies by saying ‘Kisi aur ko pata le’ – and so the lyrics go.

Ileana looks gorgeous in her sexy red dress while hero Arjun Kapoor is looking dashing in his blue pants and white T-shirt with a checkered shirt on it. Mika Singh and Prakriti Kakar have lent their voice to the song which has been composed by Gourov-Roshin.

Talking about the song director Anees Bazmee says, “It’s a naughty, groovy song shot in a grand, colorful set-up.” He also says that he wanted to shoot the song on the streets of Chandigarh but couldn’t do it. “It would mean blocking an entire street. So, instead, we built a set in Film City studio.”, he added.