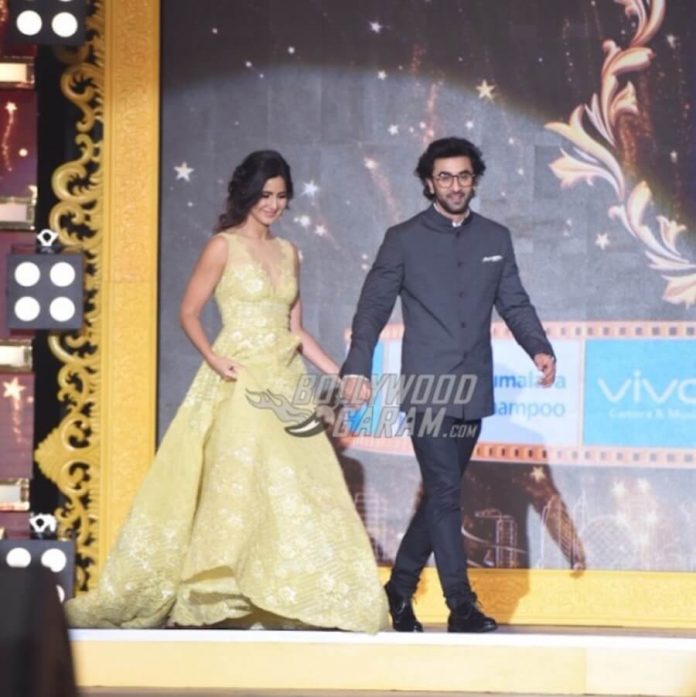 Ex-lovers Katrina Kaif and Ranbir Kapoor have recently been seen together very often, and we aren’t even complaining. All thanks to their upcoming movie Jagga Jasoos! The duo was last seen at SIIMA Awards 2017 which was held in Abu Dhabi. They made their presence felt on both days of the awards show and had a great time interacting with south superstars. While of Day 1, they held a promotional press conference, on Day 2 they walked down the red carpet hand in hand and even shook a leg on stage!

Like we know how much of a gentleman Ranbir Kapoor is, at many instances he was seen giving his hand to Katrina while she tackled her gorgeous fairytale gown at the event. Followed by this Ranbir was also seen wearing a traditional mundu on-stage along with South biggies, Rana Daggubatti, Nivin Pauly and R Madhavan. Later, veteran singer Usha Uthup sang a song from Ranbir’s Ae Dil Hai Mushkil, leaving him nostalgic.