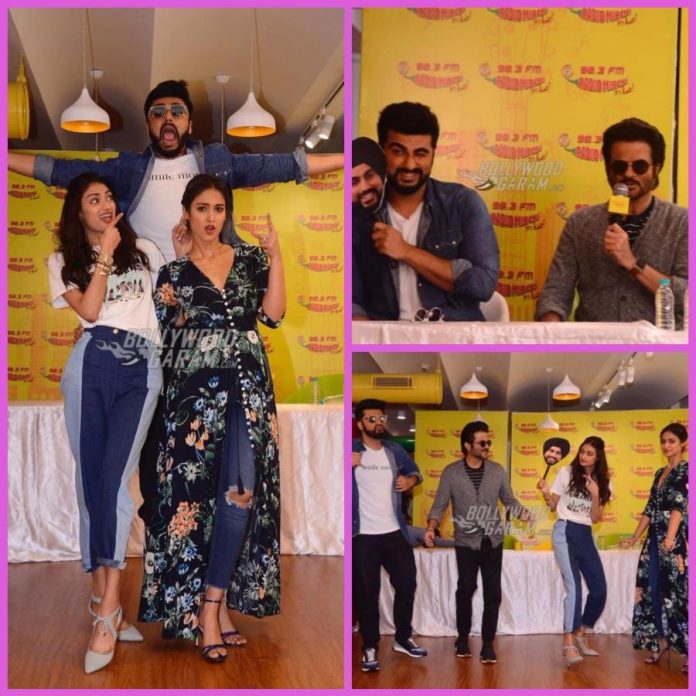 Actors Anil Kapoor, Arjun Kapoor, Ileana D’Cruz and Athiya Shetty landed at Radio Mirchi Studios in Mumbai on July 6, 2017. The actors launched The Goggle Song from the upcoming film at the popular radio station. As always, the actors showcased some great energy during the song launch and interacted with the media.

Anil, who will be seen a part of a crazy Punjabi family, looked dapper in a black t-shirt, black trouser and a grey cardigan during the launch event while Arjun shared a great chemistry with his uncle Anil. Athiya, too grabbed attention as she appeared in a casual printed t-shirt and a pair of funky denims. Ileana looked elegant in a long top and a pair of rugged denims.

Arjun, for the song launch, appeared in a white t-shirt, a denim jacket and black trousers. The actors not just launched the song but were also seen performing as they matched some of the signature steps in front of the cameras. Mubarakan is ready to be released in theaters on July 28, 2017.