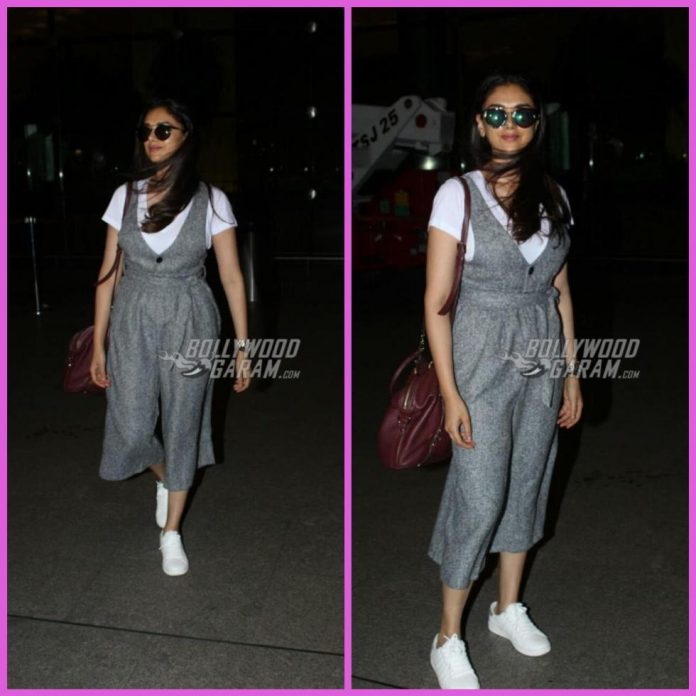 Its IIFA time! Celebrities from Bollywood are gearing up for the 18th edition of the International Indian Film Academy Awards (IIFA) to be held from July 13 to 15 at New York City. Actress Aditi Rao Hydari was photographed leaving for the IIFA at the airport on July 10, 2017.

Aditi, who was last seen in the film The Legend of Michael Mishra, looked pretty in a grey and white outfit with white sneakers. The event will be hosted by Saif Ali Khan, Varun Dhawan and Karan Johar while Salman Khan, Shahid Kapoor, Katrina Kaif and Alia Bhatt are expected to electrify the stage with their performances.

This year the IIFA Rocks show has also been organized which will be celebrating 25 years of the Academy award winner A.R. Rahman. The show will feature some of the greatest musicians from the industry including Rahman, Neeti Mohan, Benny Dayal, Diljit Dosanjh, Jonita Gandhi and Haricharan Sheshadri.