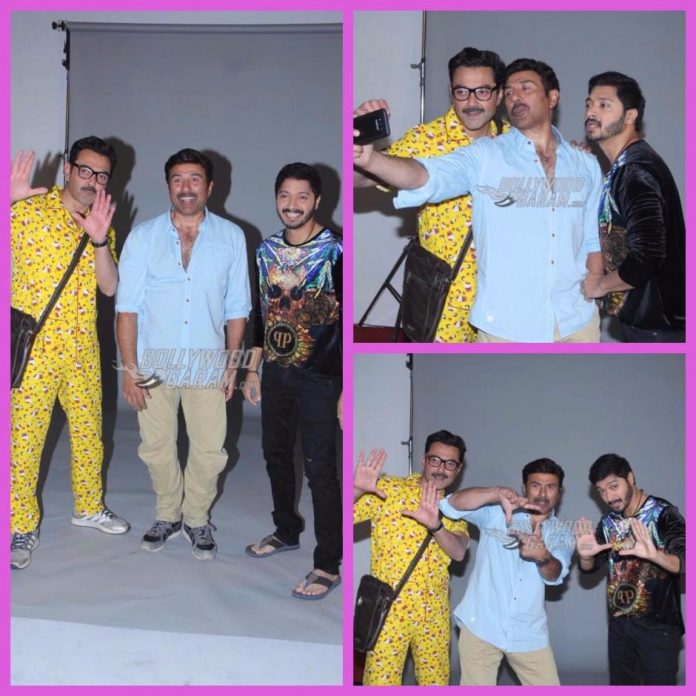 Going by the pictures, it seems like the lead actors had a great time posing for the cameras. The film is based on real incident which has three coolies who found their pictures on a vasectomy promotion poster. Poster Boys also stars Sonali Kulkarni, Ranadheer Rai, Lara Dutta and Urvashi Rautela. The film is produced by Sony Pictures Networks Production, Sunny Sounds Pvt. Ltd and Affluence Movie. Pvt.Ltd.

Poster Boys is stated to release in theatres on September 8, 2017. So, until then treat yourself to these photos which depict the sheer fun these actors had during the shoot –