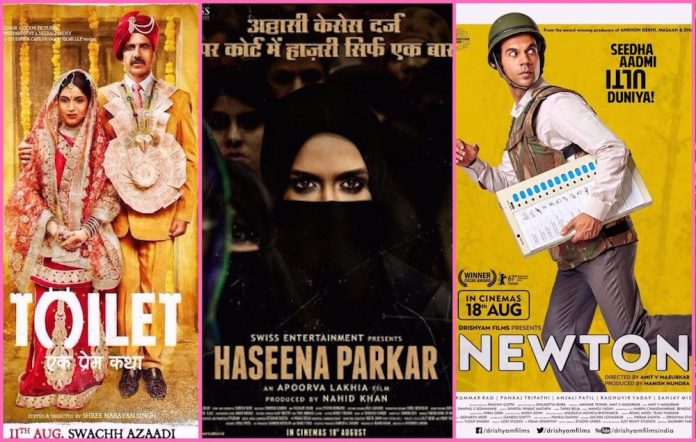 August 2017 is officially movie month! With over 12 major Bollywood movie releasing in August, we are eagerly looking forward to welcoming August – starting with Jab Harry Met Sejal and concluding our movie marathon with A Gentleman, Nawazuddin Siddiqui’s Babumoshai Bandookbaaz and YRF’s Qaidi Band. So without much ado, here’s presenting a brief glimpse into all the Bollywood movies hitting the silver screens next month –

Synopsis – The story revolves around Harry and Sejal’s journey across Europe. While Sejal is taking a solo trip across Europe, she meets Harry who is a tour guide. Sejal experiences new found freedom, security and solace in Harry’s company and the film tells us the story of how they fall in love. In between all the ups and downs, there is love, lies, thrill, fantasy and the search for the voice within.

SRK launches JHMS’s first song, Radha with all the Sejals of Ahmedabad!