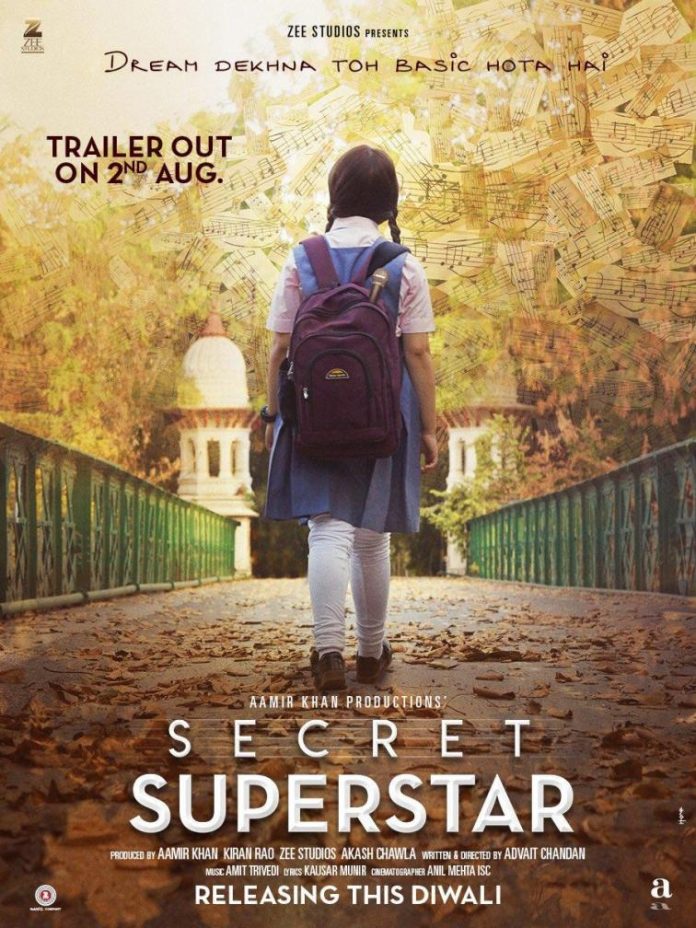 Aamir Khan shared the first look of his upcoming film Secret Superstar and shared that the trailer of the film is ready to be released on August 2, 2017. The poster of the upcoming film shows the back side of a school going girl on her way to school and a microphone is seen on her school bag.

The upcoming film has actress Zaira Wasim as the lead actress, who was last seen in the film Dangal. The 52 year old Taare Zameen Par actor has produced the film and has also made an appearance.

The story of the movie is about a teenager who dreams of becoming a singer. The makers have not revealed anything about Aamir’s role in the film, but there are speculations that the actor might play a mentor-like character like he did in the film Taare Zameen Par. Aamir tweeted the poster of the film without giving a caption. The upcoming film is directed by Advait Chandan and is expected to be released during Diwali, 2017.