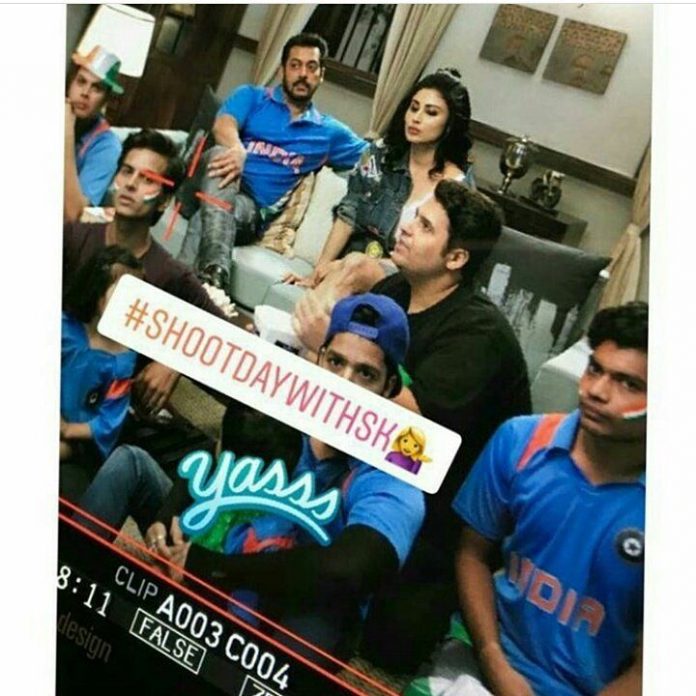 A picture shared by a fan club has shown that the Dabangg star has shot for a promo with a caption, “And the promo shoot is done.” The picture also showed actress Mouni Roy. We wonder what Mouni has to do with the promo. The upcoming season is expected to be aired from September 2017. Recently, a new logo of the show was unveiled on the official page of Bigg Boss.

The fresh season of the reality show will see a mix of celebrities and commoners. Talking about the expected contestants, Nia Sharma, Mohit Marwah, Sana Saeed and Dhinckah Pooja have been approached to join the show. The final list of contestants are yet to be announced. This time it is surely going to be an interesting set of celebrities on the show which is known for its controversial content.

On the work front, Salman is also working on the upcoming dance film by Remo D’Souza, in which he will be seen playing a father of a teenager.