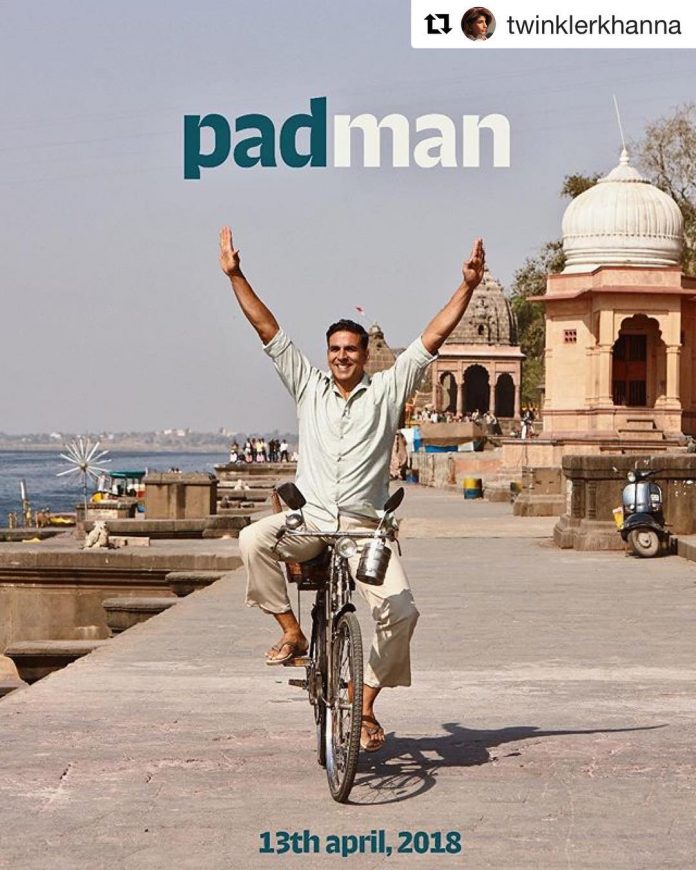 Akshay Kumar shared the first poster of PadMan and announced it’s release date. He wrote, “Mark your calendars! Mrsfunnybones and R. Balki’s Padman releasing on 13th April 2018! @PadManTheFilm.” In the poster, Akshay can be seen riding a bicycle alongside the banks of a river.

Wife Twinkle Khanna has turned producer for the film, which is being helmed by R Balki. The film also stars Sonam Kapoor and Radhika Apte in lead roles, while superstar Amitabh Bachchan will be seen in a cameo roe. PadMan is expected to be shot in Madhya Pradesh.

At present, Akshay Kumar is busy promoting his film Toilet: Ek Prem Katha which also stars Bhumi Pednekar. The film is based on the problem of open defecation in India and Akshay will be seen promoting Prime Minister Narendra Modi’s Swachh Bharat Abhiyan through the film. Toilet: Ek Prem Katha was recently in news when a copy of the film leaked online, however Akshay did not give up and continued to promote his film extensively on various platforms. The film releases on August 11, 2017.