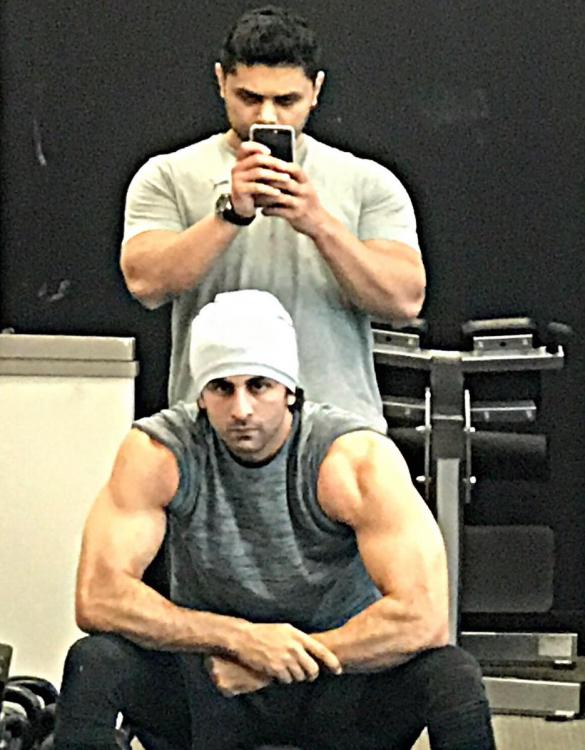 A new picture posted online has shown a beefed-up Ranbir Kapoor as he prepares for the upcoming biopic on Sanjay Dutt.

Ranbir Kapoor, has so far played roles with the boy-next-door look. But for Sanjay Dutt’s yet to be titled biopic, the actor has beefed up his body and is working hard at the gym to match the veteran actor’s style and physique. A new image of Ranbir Kapoor shows him working out at the gym with beefed-up biceps.

Earlier, several pictures from the film’s shoot were leaked online which showed Ranbir in a get-up that had a startlingly similar resemblance to the Khalnayak actor. See photos

In an earlier interview, while talking about Sanjay Dutt’s upcoming biopic, Ranbir Kapoor said, “I am really keeping my fingers crossed for Sanjay Dutt biopic, it was an altogether different experience shooting for the film. I can’t imagine and believe how much can a man go through hell in one life.” He added that Sanjay Dutt has made mistakes, paid for his deeds and worked hard to get everything in his life.