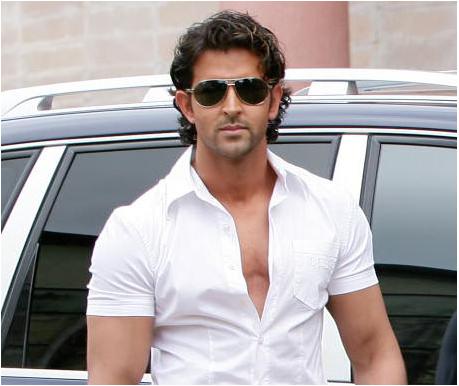 Hrithik Roshan seems to be in a better condition now after the horrible after effect of an antibiotic that almost disfigured his face. He is very sure that he won’t let his kids see him until he gets perfectly fine. The actor said, “They’d get so scared if they saw me like this. Though my lips are going back to their normal size, they’re still not fully normal. I don’t want my sons to see me until I look like myself again.”

Talking about Guzaarish, the actor says that the movie has affected him in a real big way. He said, “How can one not be affected when you meet these people who are paralyzed for life? Their spirit and joie de vivre just overwhelms you. I’ll always be grateful to Sanjay Leela Bhansali for giving the opportunity to do this film.”

Very few actors are able to give justice to the different and difficult roles they chose to portray so as to prove themselves. The sources have also reported that Shah Rukh Khan too has appreciated Hrithik for his role as a paraplegic in Guzaarish.