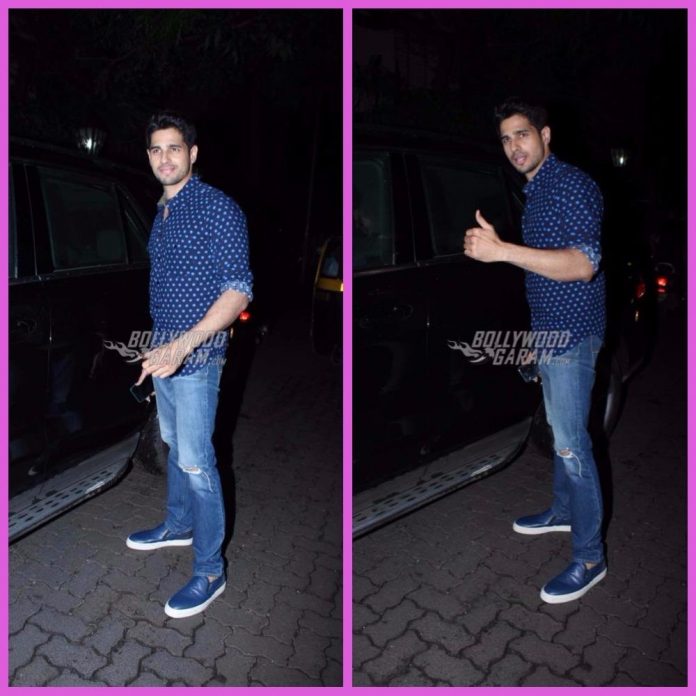 Sidharth Malhotra shot to fame right from his debut in the film Student Of The Year along with Alia Bhatt and Varun Dhawan. The actor was snapped on a casual outing in Mumbai on August 3, 2017. He sported some sexy casual street style with a polka dotted navy blue shirt paired with ripped denims.

Sidharth is currently filming for the film A Gentleman which is directed by Krishna D.K. and also stars Jacqueline Fernandez. The makers of the film recently dropped a peppy track Chandralekha which has become popular among the listeners. The song features Jacqueline Fernandez doing some cool pole dancing moves.

Sidharth recently spoke about the film and said, “A Gentleman is a fun popcorn action movie and I am looking forward to play the two different characters. The movie showcases a new twist on double role and it is surely not a typical double role movie.” The film is produced by Fox Star Studios and is due to be released on August 25, 2017.