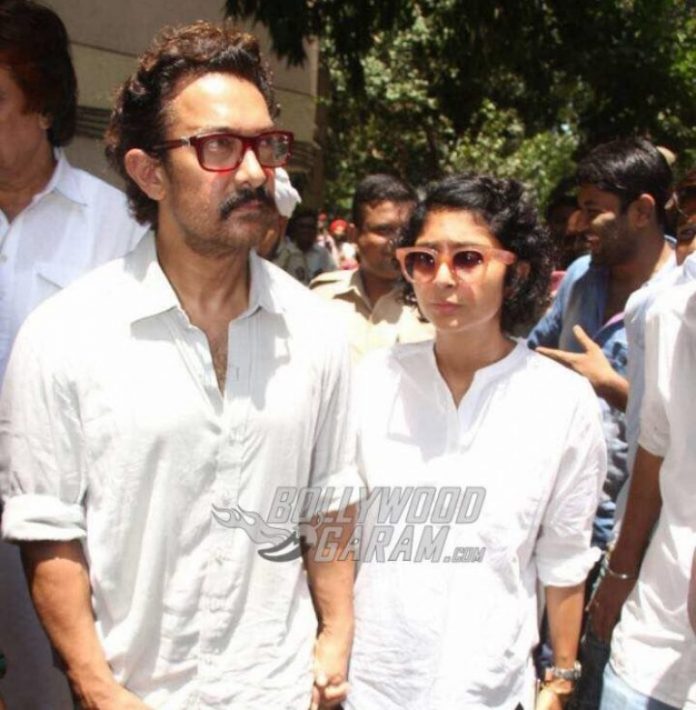 Aamir Khan and wife Kiran Rao are down with swine flu and are currently being treated at their residence in Mumbai. The Taare Zameen Par actor confirmed the news through a video conference during the Satyamev Jayate Water Cup 2017 event. The event was organized by the NGP Paani Foundation in Pune on August 6, 2017. The 52 year old actor was expected to attend the event, but had to skip it due to ill health and also so that others could not contract it.

The video saw Kiran sitting by the side of Aamir while he said, “We really wanted to attend the ceremony, but recently, after a test, I was diagnosed with H1N1, that is swine flu…I have been asked to take rest and cannot go and attend any public function so I am skipping the event so that others do not contract it”. Kiran, who is the co-founder of Paani Foundation, has contracted swine flu from Aamir due to which both of them could not attend an important event which had the annual prize distribution.

The 3 Idiots actor added, “Since today is friendship day, I requested my friend Shah Rukh to attend the function on my behalf and he readily accepted”. So the Om Shanti Om actor Shah Rukh attended the event on Aamir’s behalf. Aamir also congratulated the villagers who took part in the Satyamev Jayate Water Cup 2017 which was announced earlier in 2017 to conserve water in the state of Maharashtra, which is often hit by famine during the summer season.

The event was also attended by Maharashtra Chief Minister Devendra Fadnavis, industrialist Ravi Bajaj and the founder of Reliance Foundation Neeta Ambani. On the work front, Aamir Khan is currently filming for the upcoming film Thugs of Hindostan. The actor also revealed the trailer of his film Secret Superstar featuring Zaira Wasim of Dangal fame.