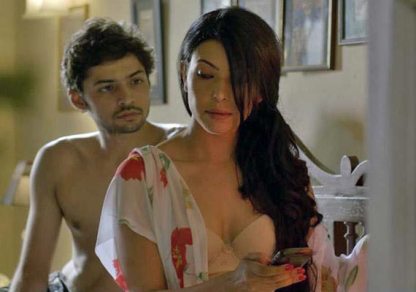 The ‘Chak De’ actress Shilpa Shukla – who plays the role of a rude hockey player in the Shahrukh Khan-starrer movie – is back with another flick, this time by Ajay Bahl. The new movie marks the first attempt of the debutant director, who cleverly inserted some intelligent twists and turns in order to increase the interest of the audience.

The movie follows the story of a young man, played by Shadab, who comes to Delhi to study and stays with his aunt, played by Shilpa. The young boy is then seduced by his aunt and ends up in a world of male prostitution.

Ajay tried his best to bring out the most out of the actors through their characters. The two stars have actually powered the movie with their performances, as Shilpa and Shadab managed to hold their own all the way throughout the upcoming movie. The bad part is that the movie has a cast which is not very known to the audience, due to which it might not draw much attention.

Performances in the movie are satisfactory, but small characters are a bit odd, which makes it less interesting. Check out the trailer video of the movie below.