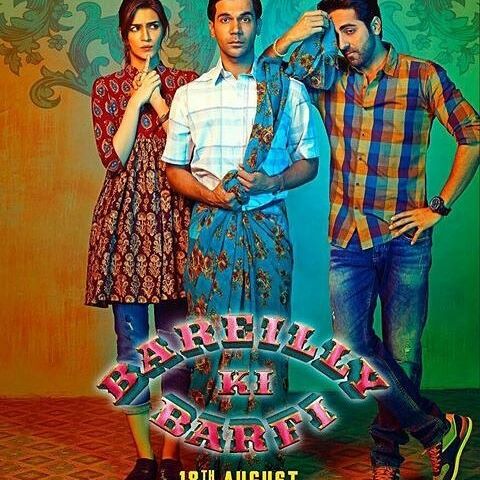 The songs Sweety Tera Drama and Nazm Nazm from the film Bareilly Ki Barfi, has already made the listeners crazy and wanting for more. The makers have now dropped a new song Twist Kamariya which features Kriti Sanon and Ayushmann Khurrana. The new peppy track is sung by Harshdeep Kaur, Yaseer Desai, Altamash and Tanishk and is composed by Tanishk-Vayu.

The video shows Kriti, who begins showing off some killer moves at a wedding while Ayushmann joins her later. The signature steps and the peppy track is already being loved by the listeners. Kriti looks adorable in a blue and red Indian outfit while Ayushmann can be seen in a stylish t-shirt, jacket and a pair of denims.

The upcoming film also stars Rajkummar Rao and is directed by Ashwiny Iyer Tiwari and is ready to be released in theatres on August 18, 2017. The story of the film is about a small town girl Bitti played by Kriti, who is in search of her Mr. Perfect, while Ayushmann and Rajkummar Rao compete for her love. The trailer has left the audience wanting for more. Nitesh Tiwari, the director of Dangal has written the film which also stars Pankaj Tripathi and Seema Pahwa.